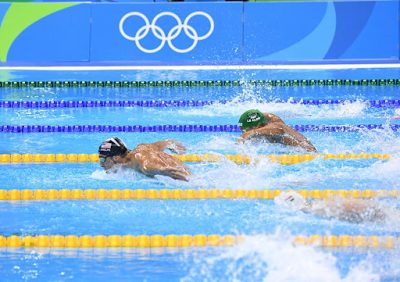 The Best and the Greatest Olympian of all time just keeps getting better and better with age.

at 31 Michael Phelps made more history on Tuesday night in Rio ha s he won gold again in the 200m butterfly and 4x200m relay event in Rio de janeiro.

Phelps was outstanding as he defeated reigning champion Chad le Clos in the 200 m butterfly before later going on to help the US Swimming team Men win the 4x200m Freestyle Relay.


READ ALSO : Serena Williams Crash Out in the 3 round at Rio Olympic losing 6-4. 6-3 to Elina Svitolina 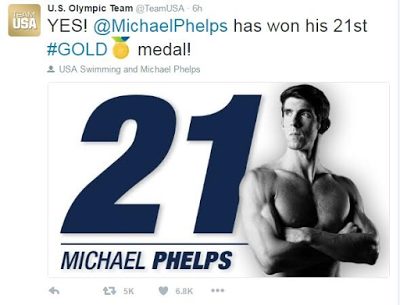 “One of the things that is kind of sticking in my head more, that’s a lot of medals,” Phelps said to reporters. “We’ve got a lot of medals. It’s just insane. It’s mind-blowing, to think about. There wasn’t a shot in hell I was losing that tonight,” he continued.

“Doing a double like that is a lot harder now than what it once was, That is for sure.”

his coach had this to say about phelp

“It’s remarkable,” Bob said. Given not just his age, but everything that’s transpired since London and before London — just the totality of it.”