The Nigerian U-23 Team Claimed the Bronze Medal as they put away their Opponent the Honduras in a 5 goal Thriller Match.

The U-23 Team Lead By John Mikel Obi took the game into their hands and sealed the fate of the Honduras U-23 when they increased their lead to 3-0 as the game reached past the hour mark after restart, but a late resurgence and poor defending from the Nigerian Team Kept their hopes alive of forcing an extra time when they score two late goals. 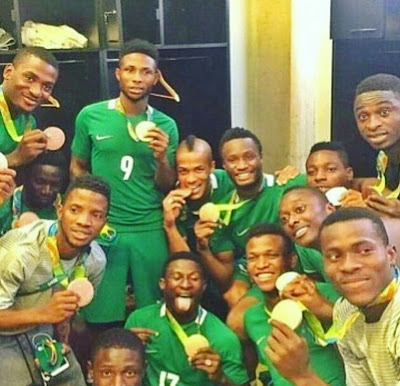 But that dream never came through as Nigeria held on to win it for the night while also making them the only nation in africa to have won both the Gold medal, Silver Medal and Bronze medal at the Olympic Games over the years.