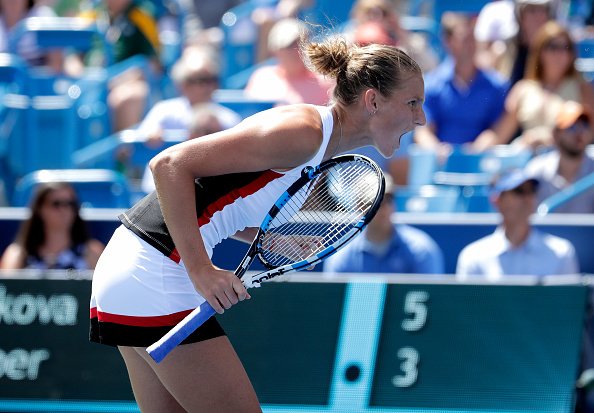 The 24-year-old Czech Republican Player was too hot to handle for the German world No 2 who had hoped to Unseat America’s Serena Williams From the Top of the Women Ranking today.

But it just didn’t turn out has Pliskova who is ranked just outside the Top 10 was in super form to down the World No 2 6-3,6-1 in one Hour 2 minutes.

With this result Serena Williams can Breathe easily as her no 1 is still intact.


MASON, Ohio (AP) Angelique Kerber couldn’t take that final, enormous step up to No. 1.
The world’s second-ranked player wasted a chance to end Serena Williams‘ long run at the top. She fell behind at the outset, repeatedly missed routine shots and fell to Karolina Pliskova 6-3, 6-1 in the championship match Sunday at the Western & Southern Open.
Williams will be ranked No. 1 for the 184th consecutive week, two shy of Steffi Graf’s WTA record that ended in 1997. And Kerber will remain right behind after her frustrating performance on Sunday.
Williams, the two-time defending champion in Cincinnati, missed the tournament because of a sore shoulder, giving Kerber the opening to move ahead of her by winning the title. She didn’t come close.
It was the biggest win of Pliskova’s career, the 24-year-old Czech’s first title in a premier tournament. She broke Kerber to open the match and won 17 of the first 24 points with shots that were right on the line in windy conditions. Pliskova had only six unforced errors during the 62-minute match. 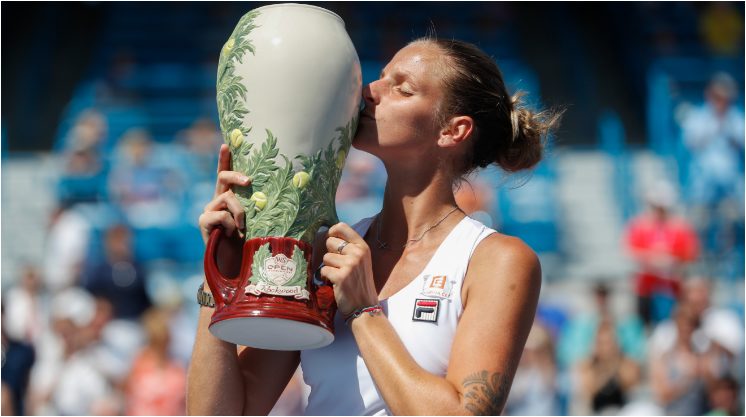 By contrast, Kerber appeared to lose confidence as it went along. After sailing a shot long, she made a circle motion with her hands, imitating the swirling wind. She finished with 15 unforced errors.
Kerber hardly moved when Pliskova ended it with a 115 mph ace down the middle. Pliskova took a few steps toward the net, stopped, clenched both fists and closed her eyes for a moment, letting it soak in.
Kerber badly wanted to win the Cincinnati tournament for the first time and join Graf as the only German women to be ranked No. 1 in the world. At age 28, she would be the oldest woman to reach the top of the WTA rankings for the first time.