Home News Sasha Obama is Working At A Restaurant This Summer—Guarded By 6 Secret... 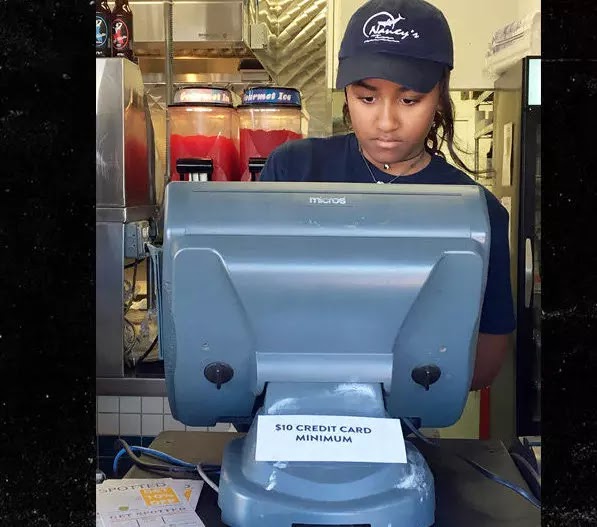 The Youngest daughter of the First Family in America, Sasha Obama is currenlty working at a restaurant on Martha’s Vineyard.

The First Lady and his Soon outgoing Husband and President of the Most powerful nation in the World tries as much as possible to give their two beautiful daughter a normal growing up Teenage lifestyle.

A life style that has included Sasha Obama taking on  a summer job that girls or teenage of 15-years her age range get involved in, she earns like around $12 to $15 dollars per hour plus tips.

She is currently guarded by an entourage of 6 Secret Agents that are well laced around for her Safety as she engages in a 4 hours a day shift.

” This won’t be a long-term gig. She’s just working this week until the rest of the Obama’s arrive for a 2 week vacation. The pay, by the way, reportedly about $12 to $15 per hour, typically. Plus tips.”

The good thing, she is working…

Her older sister is currenlty on a one year sabatical leave from school as she is engaing in activities like an internship at the U.S. Embassy in Spain. She’s taking a gap year before attending Harvard University in 2017.

Malia had previously  worked as a Production assistant intern on the set of Hali Berry;s CBS show, Extant and also worked on the set of HBO’s  Girls in 2015.