Home Entertainment Celebrities SERENA WILLIAMS Enters CINCINNATI with WILD CARD, as her NO.... 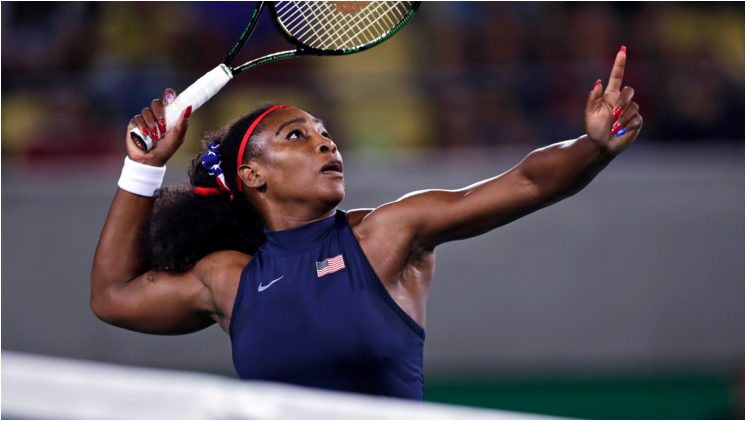 The World No 1 seeded in the Women Tennis by WTA  has qualified for the Cincinnati Competition via a Wild Card, Serena had Initially not Registered for the Competition as she had hoped to have still been in RIO for the entire two weeks.

But that was Short Lived after She crashed out in the 3 round to Ukrainian Elina Svitolina  in straight Set suffering her first Defeat at the hand of the Young Teenager.

Serena Williams has taken a wild card into the Cincinnati WTA Premier 5 tournament. Williams, who lost to Elina Svitolina in the third round of singles at the Olympic Games, intended to stay through both weeks in Rio and had not originally entered Cincinnati. She also lost with her sister, Venus, in the first round of doubles.

Playing in Cincinnati will give Williams an opportunity to clinch the No. 1 seed for the U.S. Open, which she’ll do if she reaches the quarterfinal round. World No. 2 Angelique Kerber can overtake her in the ranking if she wins the title and Williams loses before the quarterfinals. Williams currently owns a 183-week streak atop the WTA rankings.
The men’s field also looks set to have at least one of the tour’s Top 4. Stanislas Wawrinka, who was in doubt with a back injury, has arrived on site. The world No. 4 and his coach Magnus Norman took a photograph on court at Cincinnati:
READ ALSO
#BBNaija: " I like being watched when I'm making love - Angel opens up (Video)

Violette - July 18, 2020 0
Popular Nollywood actor, Femi Jacobs has taken time to show is dissatisfaction to stars and famous people who use their popularity and fame to...

Violette - March 13, 2020 0
Lagos airport has been seen to be empty due to the deadly virus, Coronavirus which has locked down the world. DJ Cuppy was seen...

Violette - April 1, 2018 0
After the party though, Ebuka went into the house with the housemates and the dreaded envelope was brought to him.

Violette - November 24, 2019 1
Veteran actress, Tonto Dikeh has slammed a blogger who she claims used a fake account to attack her. The actress and movie producer who has...

Violette - July 1, 2020 0
Showing a new completed crib and house in Lekki is a great achievement. And the Lagos interior decorator has proved that recently with her new...