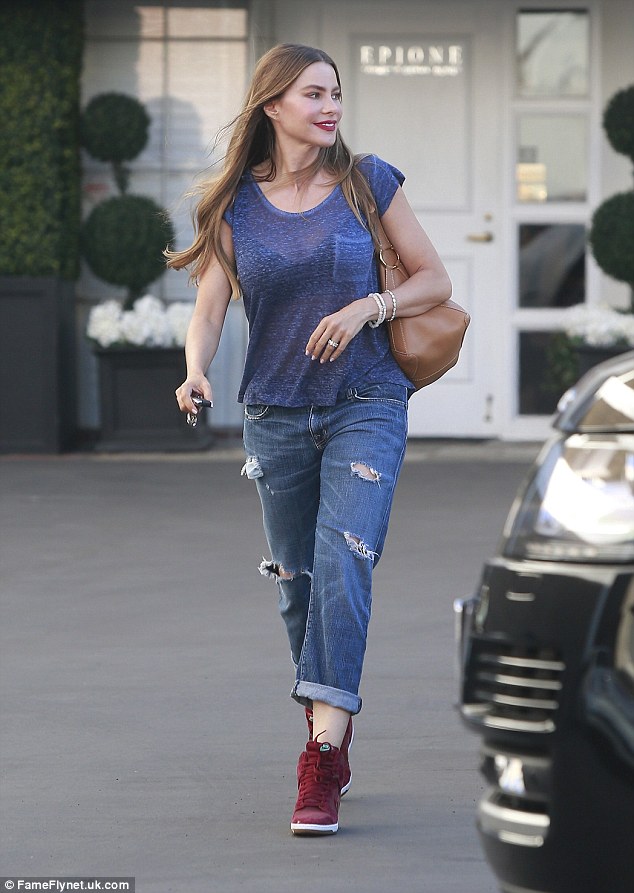 The 44-year-old took a Break from the Set of Filming Modern Family which is Set to Return this Summer with Season 8 on September 21, 2016.

She was seen heading towards her car looking happy and  fresh giving the fact that she just finished Shooting New Scene for the Season 8 premiere of the Modern Family. 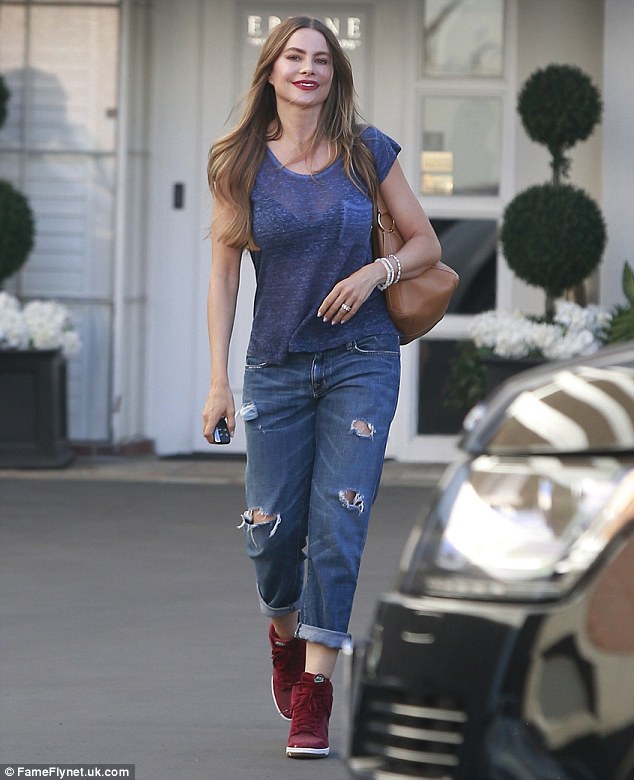 she wore a Blue Sheer top that Flashed a peek of her ample Bust while complementing with Deep Red Lip Sticks and Red Foot Wear.

Also posing for a group selfie, the Colombian beauty wrote: ‘So happy to be back with my american family #modernfamily.’ 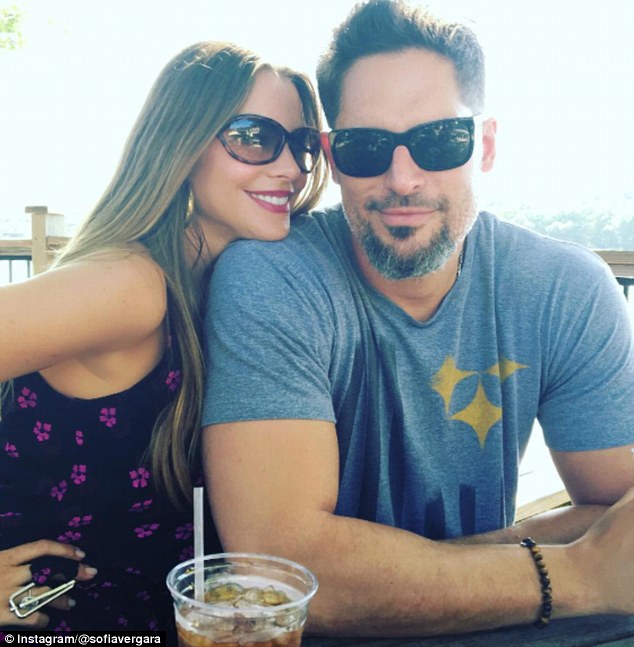 The Mother of one also revealed that she and her Hunk Husband  Joe Mangeniello whom she got married to last year are keen on starting a Family together.

‘My husband is [four years] younger than me and he wants kids so we’re trying to figure out what we’re going to do,’ Sofía told Net-A-Porter’s weekly digital magazine The Edit in February.

‘The idea of doing it all again doesn’t scare me but, hey, it’s not like it’s going to happen naturally, is it?’ 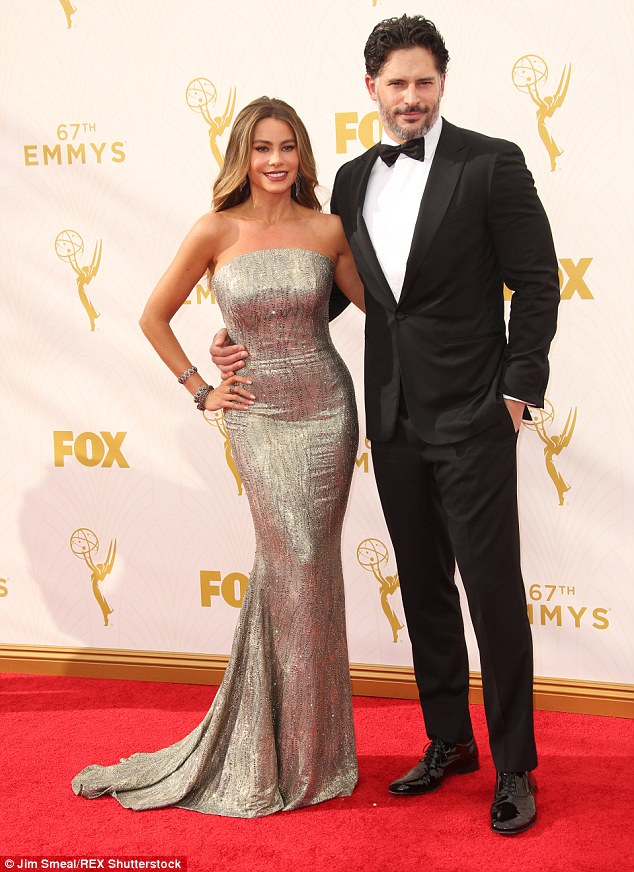