Home Entertainment Celebrities Soulja Boy and his girlfriend Nia Riley Drag each other name on... 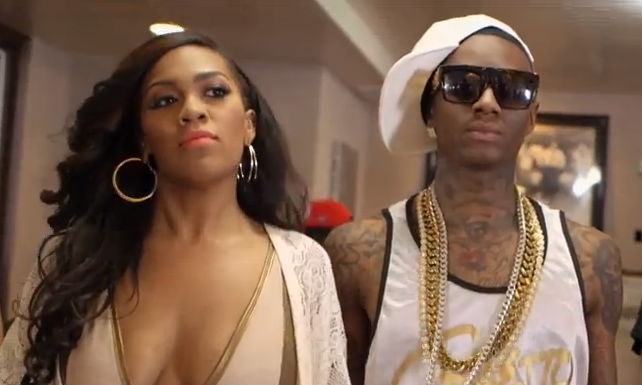 Barely 24-hours after posting a supposedly Corny Photo of him Grabbing Video Vixen Boobs, The Rapper has entered into another war of words with his girlfriend Nia Riley after she posted a Photo of herself eating a Hot dog on a city Sidewalk.

What message it sent to the Rapper seems unclear but it was clear it pissed him off that he left a comment on the photo saying “Take off them shoes I bought you b**ch.”which was followed by “F**k you b**ch’. 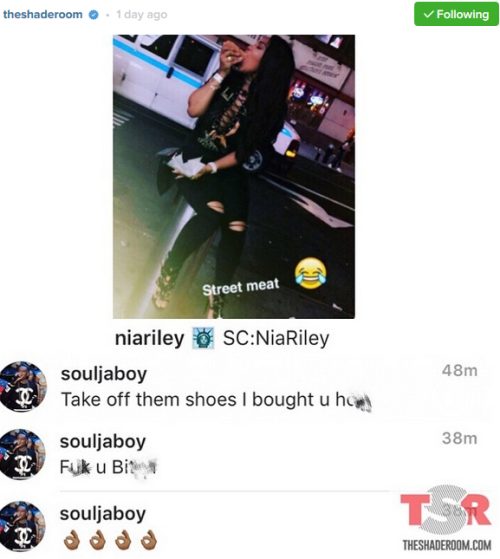 Nia Riley wasn’t going to stay quiet about it and fired back almost immediately with a Rihanna Face reaction Photo and captioned it : 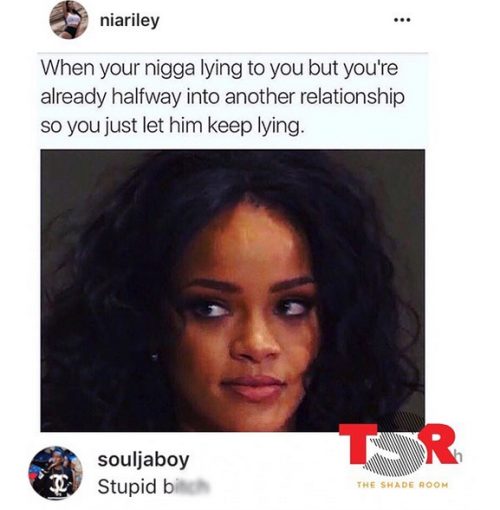 From There it was Drama all day, Nia Riley has been dating Soulja boy for some years now and record shows they are always Fighting and its also Television on their reality show, Love & Hip Hop: Hollywood. 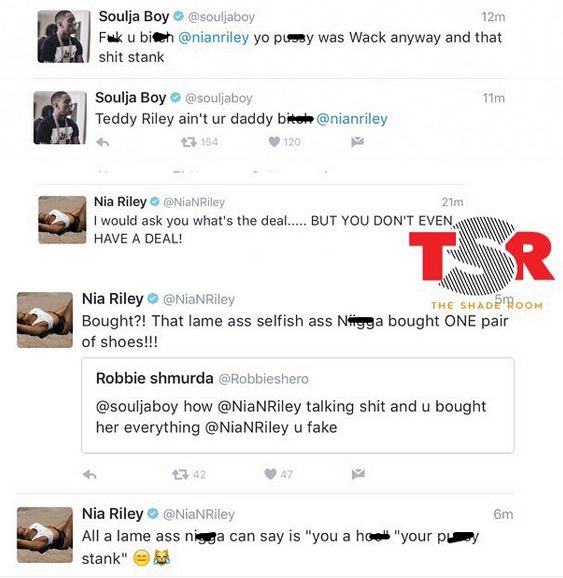