Home News Minister of Information and Culture, Lai Mohammed hits back at critics of... 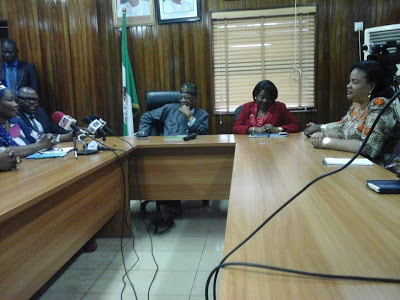 The Campaign was launched two weeks ago and so far so good all they have revived where negativity from the public, speaking to the Press while been visited by the delegation of the National Council of Women’s Societies, NCWS who paid him a courtesy call in his office in Abuja yesterday September 20th.


“So many people have criticized the campaign. Some have said that the campaign ought to start from the top. We completely agree with them, but their criticism is because they did not understood the campaign.


The campaign actually started from the top, because we are doing what we are preaching. This is the least ostentatious cabinet you can ever have. We are all living and showing good examples. We obey traffic rules. We queue up at public places and get to work early and close late.


Some people said that we should wait for the economy to improve before we start the campaign, but we say no, for two reasons: If only those before us have launched the campaign, we will not be where we are today.


If the campaign had sunk in, there will be no embezzlement, no corruption and no impunity. You cannot say, as a mother, that because you are poor, you will allow your daughter to go out from morning till midnight without correcting her. Though we are facing difficulties now, we still have to tell Nigerians the need to do the right things”he said