Home News Douglas Costa Takes a Selfie with Fans as he Celebrates his Goal... 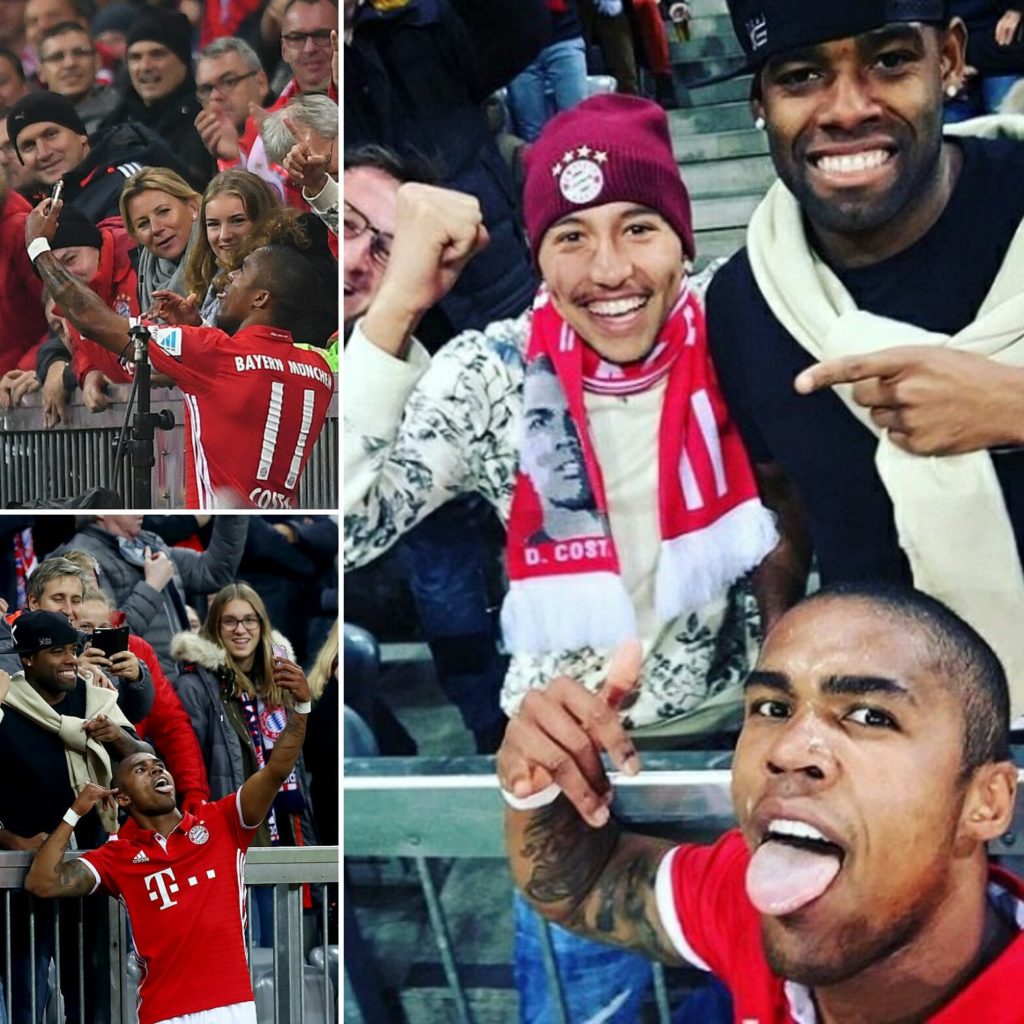 It was a good day at work for the Bavarian as they Increased their lead at the Top of the La Liga Table courtesy of a Resounding Finish from the Brazilian attacker to increase their Lead to 2-0.

The Brazil international was on target for Bayern Munich on Saturday to put the Bundesliga champions 2-0 up against Borussia Monchengladbach.

And he marked the moment by grabbing a supporter’s phone and taking an impromptu selfie in front of a handful of lucky Allianz Arena spectators.

His club also took the moment in good spirits, as they published the shot from several angles on Twitter.