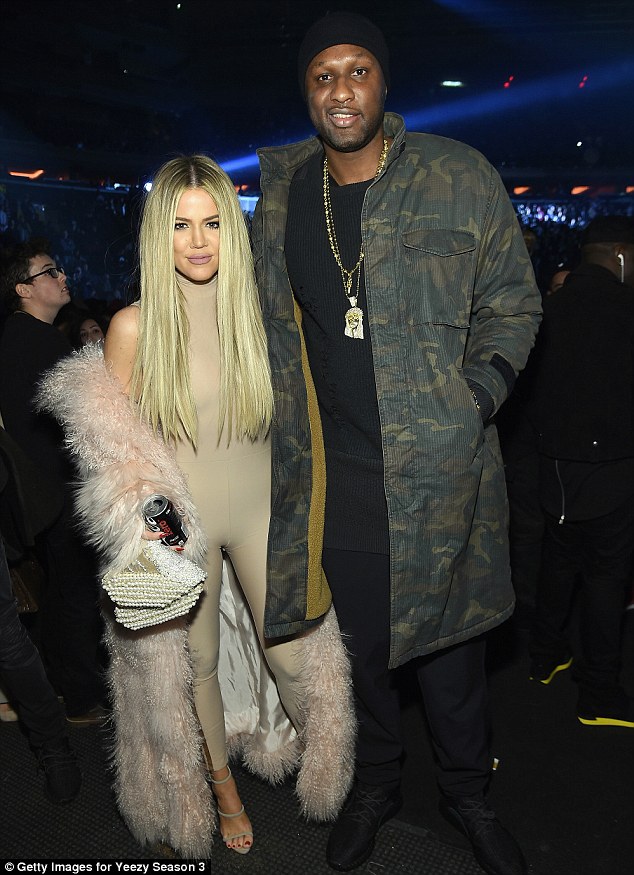 TMZ reports has that the Two Troubled Celebrity Ex-estranged couples has finally signed off on their Divorce.

The Keeping up with the Kardashian Reality TV Show Star had 3-years ago filed for Divorce from the Former NBA star player  in December 2013,but withrew it after Lamar almost died a year ago.

She however refiled this year after it became apparent to her Lamar would not swear off drugs and alcohol.

Under California law, she has to wait 6 months from the time of filing to get a sign off from the judge, which won’t happen until December.

According to TMZ, but unless something radical happens, they will be single before the end of the year
READ ALSO
“Calm down before they post your daddy” – Fans advices DJ Cuppy after Dangote's recent drama

Safaree confirms The Game claims of Meek Mill facetiming Nicki Minaj while he ...

Johnson Olumide - May 12, 2020 0
The game and Meek Mill had been on a bad turf in recent weeks,and the game already dissed out more punchlines claiming  Meek Mill...

Violette - September 23, 2021 0
Talented Nollywood actor and model, Tobi Bakre has continued to show the world what it means to be in love with the right person...

Violette - November 10, 2019 0
Big Brother Naija Star Mercy has announced a great news the delight of her fans. The reality star took to her Instagram Page with great...

Violette - November 10, 2019 0
Nigeria female singer Bella Alubo has make a stand for female singers in Nigeria noting that people don't invest on the ladies. Bella who is...