Home News Too Hot to Handle, as Caroline Wozniacki wins her Second Title... 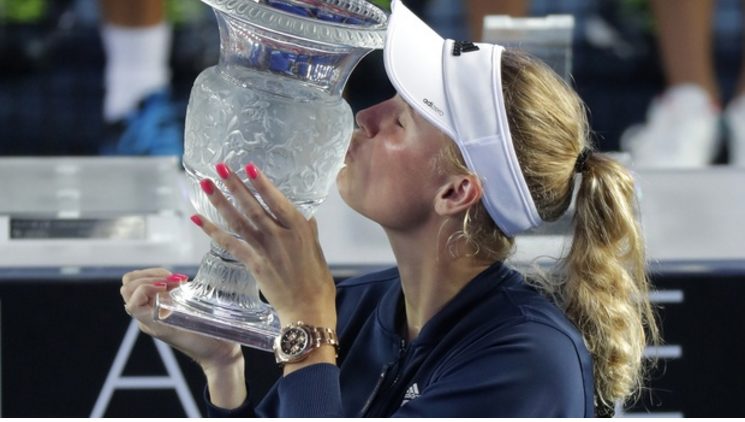 Kylie Jenner poses Topless on the Cover of ‘Complex’ Magazine and Reveals What Really Happened Between Her, Tyga, and PartyNextDoor

The Danish Tennis Player has been in spectacular form  running into the later part of the Year, her resurgence came at the U.S Open 2016 as she reached the Semi final of the Flushing Meadows in New York Last month.

On from there its been an upward momentum for Caroline Wozniacki who is ranked far away from the WTA tour 2016.

But all that doesn’t matter to her, as she had in the last one month now won two WTA titles which includes the Hong Kong and Tokyo Title.

Caroline Wozniacki defeated Kristina Mladenovic 6-1, 6-7 (4), 6-2 to win the Hong Kong Open on Sunday, her second title in Asia in the past month.

Wozniacki is having a resurgent second half of the season, winning titles in Hong Kong and Tokyo and reaching the U.S. Open semifinals. She had a 13-14 record for the season before the U.S. Open; she’s 15-3 since then.

Mladenovic’s serve let her down as the match wore on. She made less than half of her first serves in the final set and was broken three times.

The Frenchwoman fell to 0-3 in career finals.