The Outspoken United States President Elect is back at it again with more Revelation as he took to his twitter account to accuse Hilary Clinton of Winning elections in some States via Millions of Illegal American whom Voted for Her. 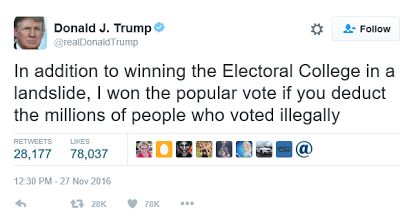 According to his tweets:

‘In addition to winning the Electoral College in a landslide, I won the popular vote if you deduct the millions of people who voted illegally.’ 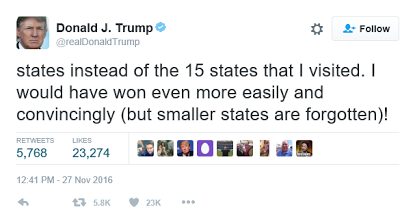 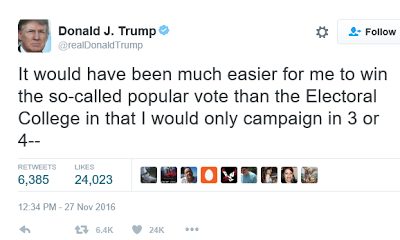