Lionel Messi,29, last weekend scored his 500th career goal for Barcelona in a 2-1 win over Sevilla in La liga.

The Catalans Fell behind in the 14th Minute as Vitolo Breezed past Sergio Roberto to slot home.

Scroll down for Video

But the Catalans had more going for them as they came back in the 37 minute with a beautiful Finessed goal from Lionel Messi at the edge of the Box 18 after a delightful pass from Neymar.

Barcelona FC some days then released the official Footage of Messi scoring his first of the 500th goal just at the age of 17 years old, Dailymail.co.uk reports that in fact Messi official debut goal came against Albacete in May 2005 but it wasn’t his first strike in the famous red and blue of Barcelona.


READ ALSO : Serena Williams shares adorable Photo of her and Venus, says Miss you. Hurry back 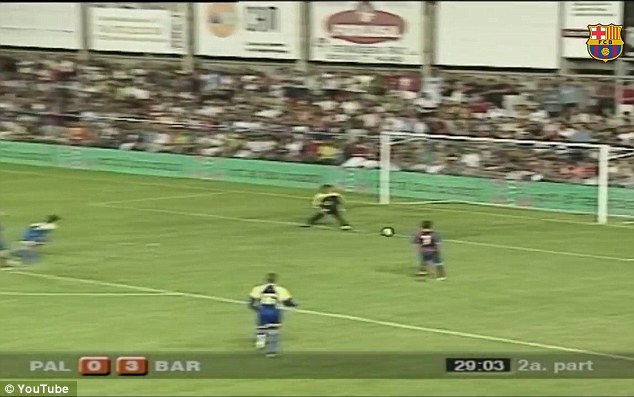 In fact, Messi netted his first goal a year earlier, in July 2004 against Palamos with a sweeping finish after taking the ball forward with his usual deftness of touch.

Now a superstar No 10, young Messi beat two defenders with ease before slotting the ball into the corner of the net to announce his arrival in Catalonia.
Since then Messi has scored an incredible 500 goals for Barcelona, with the La Liga club releasing footage to celebrate the landmark. 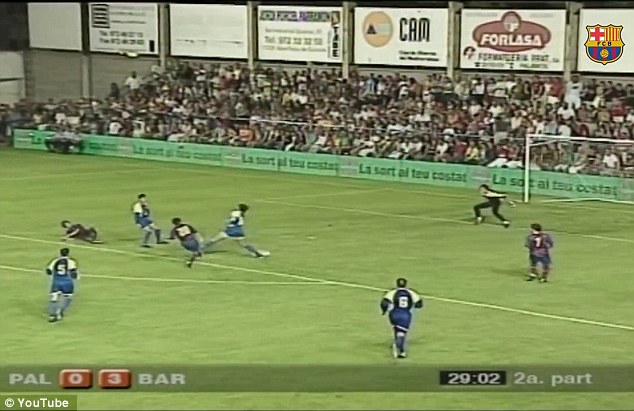 Johnson Olumide - June 2, 2018 0
Nollywood actress, Toyin Abraham who claimed to have been pushed to the extreme by her colleague Mercy Aigbe, stormed her IG page to call...

“I haven’t had s3x this year” – Bobrisky reveals shocking revelation

Violette - January 31, 2020 0
Popular male barbie, Bobrisky has revealed a shocking revelation about her s*x life as she noted that she has not had any sexual intercourse...

Johnson Olumide - February 17, 2020 0
The British Billionaire cant just back down from a fight and so yesterday on her twitter page, a Tweeter user wrote"She uses her obscene...