Just a Few Hours Before she announced the Lunch of her Debut album Yesterday the ‘Emi ni Baller’ Singer Pulled of the Biggest social Media stunt of the Year By Deleting all her past Instagram Photos and leaving just Photos of her and Flavor only.

The Kidike Singer had been romantically linked with Flavour in the Past as the two Artist Kissed in the Music Video of their Hit single which was released months back. 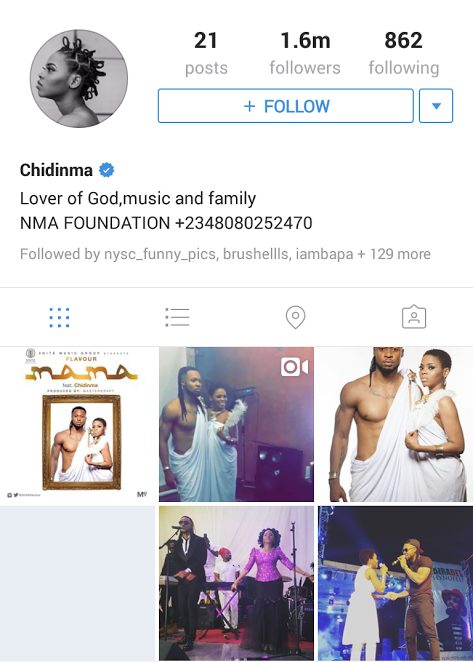 She had been lately Criticized for her No turn Up album since she hit fame some years ago, but that criticism finally got a clap back Yesterday after her first official Music Album titled Fallen In Love Dropped with some amazing Visuals.
READ ALSO
NEW TUNE: YELLOW CARD by IBZZY MAYEGUN

Johnson Olumide - September 17, 2019 0
Barcelona kick off there champions league campaign and would be hoping to go all the way this season since 2015. Your Browser Do not Support...

Couple Slay! Bambam & Teddy A At The Future Awards

Johnson Olumide - October 18, 2018 0
The former girlfriend of Star Boy Wizkid , has finally moved on  and its reported that she would be  walking the aisle sooner than...