Latest Revelations from Kanye West’s Mental on Stage Breakdown showed that Kim was never i support of Kanye Been o Tour in the First place and didnt even Buy into the Idea of him adding additional Tour dates.

This came as a Result of Kim wanting Kanye to be by her side always since her Paris Heist Ordeal two months ago.

According to Inside sources told Dailymail.com:

‘They’ve been bickering constantly – she didn’t want Kanye to do the tour in the first place. She wanted him by her side as she recovered from her traumatic robbery in Paris.

‘She lost days with him while he’s touring and then he made a rash decision to end the concert after ten minutes and go on a rant.’

The 36-year-old, who was seen boarding a private jet bound for New York without her husband on Monday morning, has spent the past month reassessing her future – with her career at the forefront of her mind.

West’s ‘narcissistic’ behavior has proved problematic and friends tell DailyMail.com that she wants him to ‘grow up and be a man’ and be a proper source of support for her. 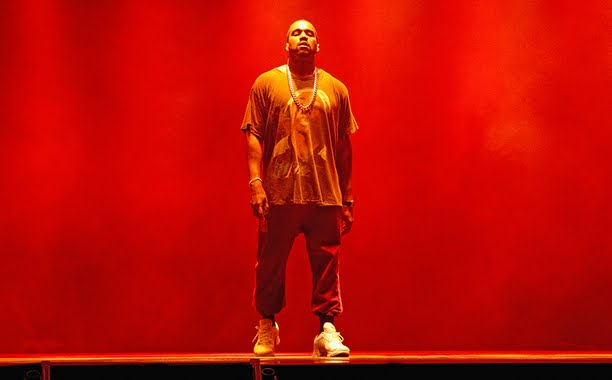 She wants him to grow up and really be a man, stop throwing tantrums and thinking throwing a tantrum on stage is more important than being with your children, especially after she just went through this horrible ordeal,’ explained an insider.

‘That’s messed up. Her heart and soul need to be nurtured right now. She wishes that person was Kanye but she’s realizing right now that it’s probably not.

‘Kanye is not helping matters at all – first by not supporting her and then by going off on an erratic rant.’

According to friends, Beyoncé taking the Video of the Year Award at this year’s Video Music Awards, combined with his belief that the singer and her husband Jay-Z didn’t show enough support for Kim after she was robbed, proved the ‘final straw’ for the notoriously volatile rapper.

‘He had a psychotic break. Kanye is very hot tempered and he’s very reactionary. A lot of times, he speaks before he thinks and he’s very sensitive,’ explained an insider .

When he heard about Beyoncé demanding to get Video of the Year, which means he wouldn’t have won.
‘And he won’t win if she gets her deal with MTV. There’s also the fact that she didn’t reach out to Kim or come and visit after her ordeal. He took it really hard.’

West’s Saint Pablo tour, which kicked off in July, had proved a critical success – with many of the dates, including three nights at the Los Angeles Forum, selling out.

Saturday night’s concert at Sacramento’s Golden 1 Center, which was added to the tour by the rapper ‘due to popular demand’, was also sold out.

But West’s decision to add extra dates to the tour did not go down well with his 36-year-old wife who is said to be fed up with of his ‘narcissistic behavior’ and lack of support.a
READ ALSO
Kemi Adetiba flashes her boobs in cleavage-baring photo

Chris Brown Puts Rihanna Fans to the Sword, as he put a final nail...

Johnson Olumide - February 17, 2020 0
The Loyal Hitmaker has finally put the nail on the coffin, has he took to his twitter to address a tweet he replied to...

Violette - July 4, 2020 0
The former Big Brother Naija star, Nina Ivy has just said things about rape allegations. Many young youths have landed themselves in prison because they...

Violette - September 24, 2021 0
BBNaija season six housemate, Angel has revealed one of her deepest secrets and it's having a crush on veteran Nollywood actor and filmmaker, Richard...

Violette - January 31, 2020 0
Veteran Nollywood actress, Bimbo Akisanya has finally open up on why she left her one year marriage. With celebrities marriage not taking long before it...

Red Carpet Photos at Music Meet Runway 2015, All the Glitz and Glamour