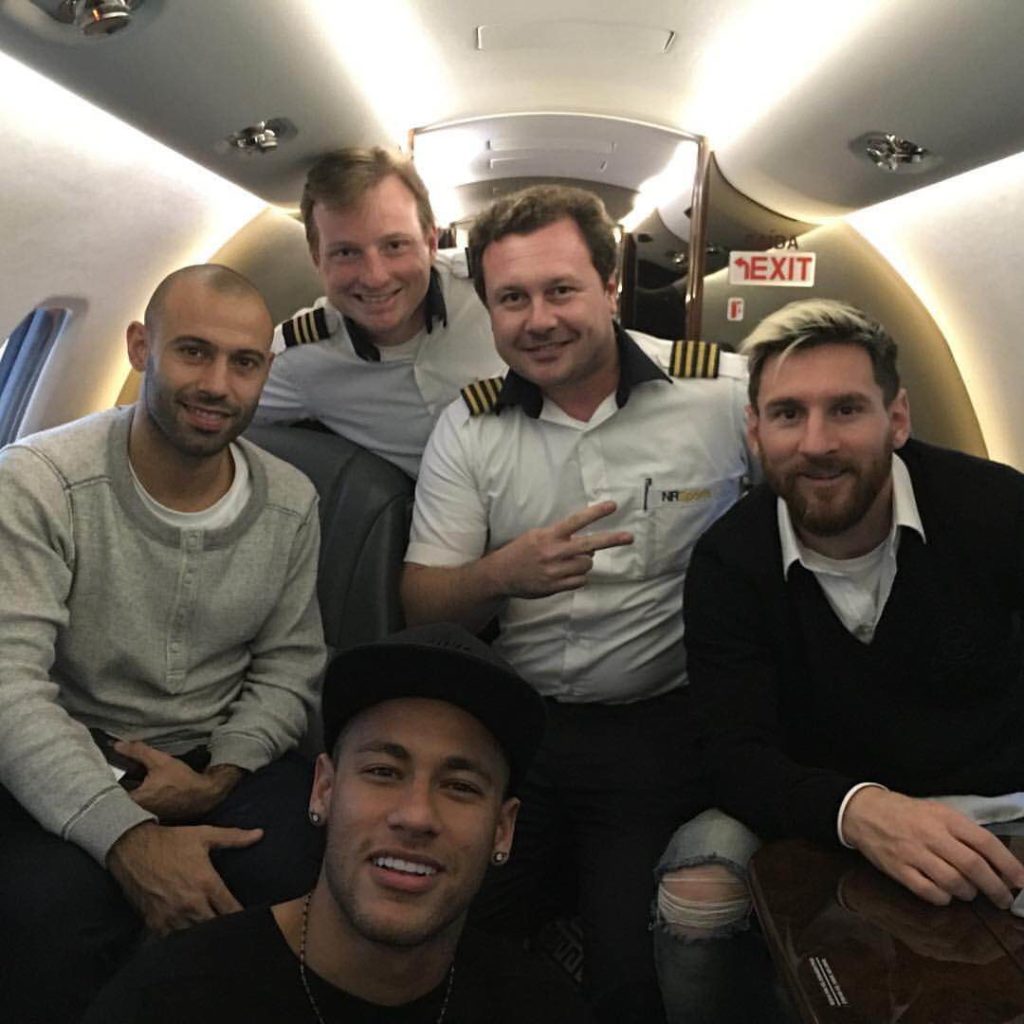 The Trio are Team Mates for the Same Club but Play for Different National teams and coincidentally would  be Playing against each other Today in a World Cup Qualifier Game in which Argentina been the Team in a Precarious Situation and needing to win this game as they sit 6th on the Qualifiers Table.

None of the players spoke to the waiting media in the Brazilian city, instead dodging through security and making their way to their respective national teams’ hotels.

All three featured in Barca’s hard-fought 2-1 win over Sevilla on Sunday, but will be on opposing teams on Thursday at the Mineirao, where Brazil were beaten 7-1 by Germany in the 2014 World Cup semifinal.

The game is arguably of more importance to Messi, Mascherano and Argentina given the nature of their position in the World Cup qualifying standings.

Following FIFA’s decision to punish Bolivia for fielding an ineligible player, which has benefited Chile, the Albiceleste have fallen to sixth in the table. The top four teams will qualify for the World Cup in Russia, with the fifth-placed team entering an inter-confederation playoff.

Neymar’s Brazil, meanwhile, top the standings with six wins and 21 points from their 10 games, followed by Uruguay, Ecuador, Colombia and Chile.

The two countries last met in Buenos Aires last November, with Lucas Lima cancelling out Ezequiel Lavezzi’s goal to earn Brazil a 1-1 draw. However, Argentina were without the injured Messi on that occasion, something which has been common throughout their qualifying campaign.

The 29-year-old has featured in just three of 10 qualifiers so far, with each of those games ending in wins. Argentina have struggled without him, winning just one of the seven matches the Barca star has missed.