Home News New Music: Ray J & Chris Brown – ‘Famous’(Disses Kim Kardashian in...
The American Rapper who has been out of the lime Light for some Years now, combined with breezy, Chris Brown on his New single titled Famous which is Supposedly a Diss Track to Kim Kardashian.

Its been Years since the Sex tape of Ray J and Kim K came out and Made Hit Sales online while it Propelled Kim K’s Career, it did lil for Ray J. 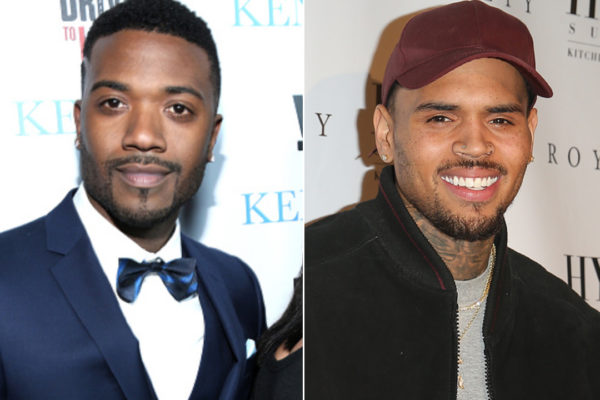 The Rapper used some NSFW Lyrics:

She fucked me for fame, look in her eyes/ She was the first one to sign on the line/ She was the real one to plan it all out/ Look at the family, they walk around proud/ All because she had my d**k in her mouth.”

Clearly pressed and forgetful he too had something in his mouth a few times in the now infamous sextape, Ray is using the song as a kick off for his forthcoming project ‘Raydemption.’

Davido Clears The Air On Alleged Advert For COZA (Screenshot)

Violette - December 19, 2019 0
Award winning singer, Davido has distance himself from the viral video of him advertising for the Common Wealth Zion Assembly, COZA Church headed by...

Moment a Marlian Was Bounced Back Into The Crowd After He Tried To Hug...

Violette - December 9, 2019 0
Without an iota of doubt, Naira Marley now owns the street and his fans and lovers will do anything just to be with him. The...

Johnson Olumide - February 18, 2020 0
The 31-year-old Nollywood beautiful actress and social Media Personalty shared this beautiful and adorable Photo of her on Instagram and captioned it  aimakhutoyinOutfit [email protected]  Hair by @tiannahsbeautysalon  Makeup...

Violette - December 22, 2019 1
Veteran singer and songwriter, Tony Tetuila has confirmed that he alongside Ghanaian singer, Tic Tac are suing Wizkid over Copyright Infringement. As earlier reported that...