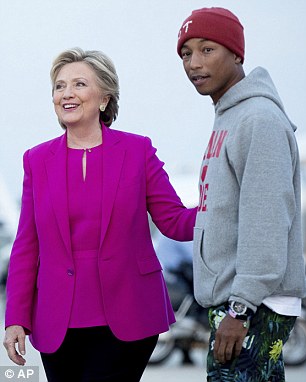 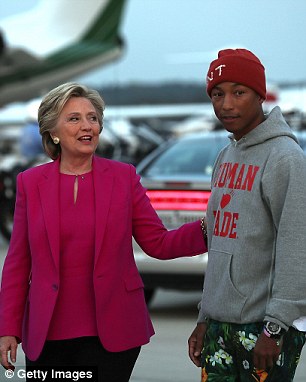 The ‘Happy’ Singer cant stop his support for Democratic Presidential Candidate after more revelation about her emails  when she was Secretary of State.

Pharrel Williams while addressing the Crowd said Clinton Lied No doubt but does she lie more than any other politician out there?

The 43-year-old hit-maker is helping to campaign for Clinton and urged women to vote for the first female president.

The pair were photographed Thursday getting off her plane at Raleigh-Durham International Airport before heading off heading off to attend a rally.


READ ALSO : Family Over Everything as Rihanna shares adorable new photos with her mum & dad 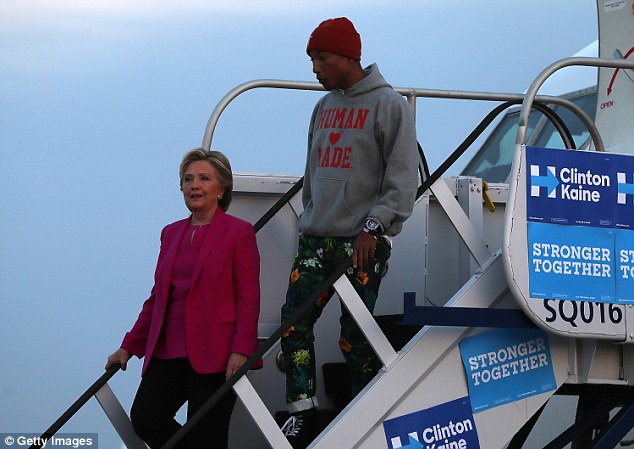 The recording artist helped Clinton greet anxious students at North Carolina Central University prior to the start of the rally. Once inside, they took the stage alongside Sen. Bernie Sanders, as Pharrell’s hit song ‘Happy’ played.
As the days wind down to election day, her campaign has used some of it’s most high-profile supporters, including Pharrell, on the trail to help boost her support.

On Tuesday, the record producer said that Clinton has been ‘dishonest’ while speaking at Variety’s Inclusion summit at the Montage Hotel in Beverly Hills, California. 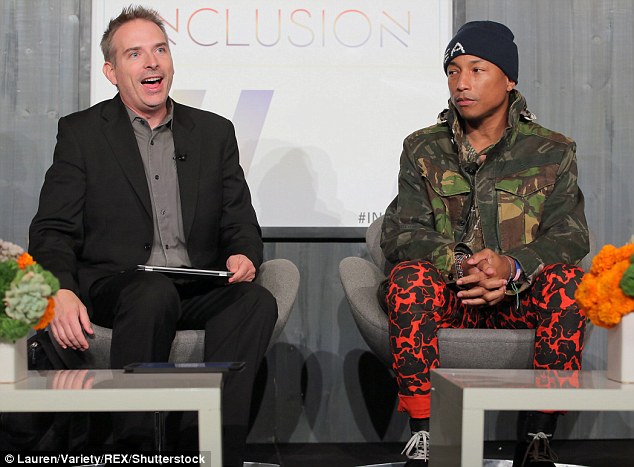 ‘Has she been dishonest about things? Sure. Have you?’ Williams said of Clinton. ‘She don’t lie no more than any other politician does.’

He said that concerns about Clinton’s ‘honesty’ in the wake of the email scandals, was an example of ingrained sexism against a female politician.
‘You don’t realize that you’re being gender biased,’ he said. ‘”Well, I don’t trust her,” but you trust him? 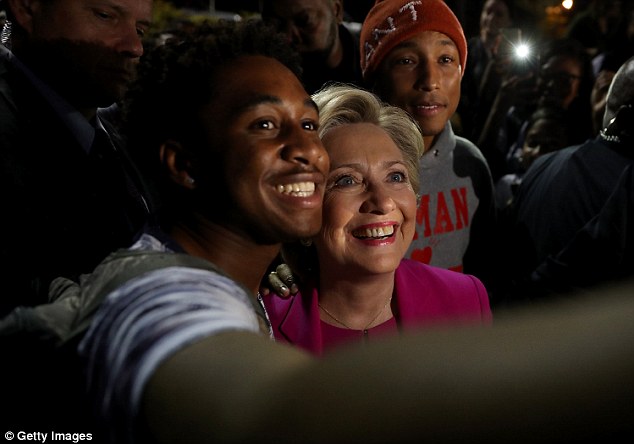 The Happy singer publicly backed Clinton for president back in March 2014 and has also been an outspoken critic of her opponent Donald Trump.
Pharrell said that he hoped that the women of America could come together and ‘save this nation’ after the divisive comments Trump has made, ‘not just about my culture, but about women.’