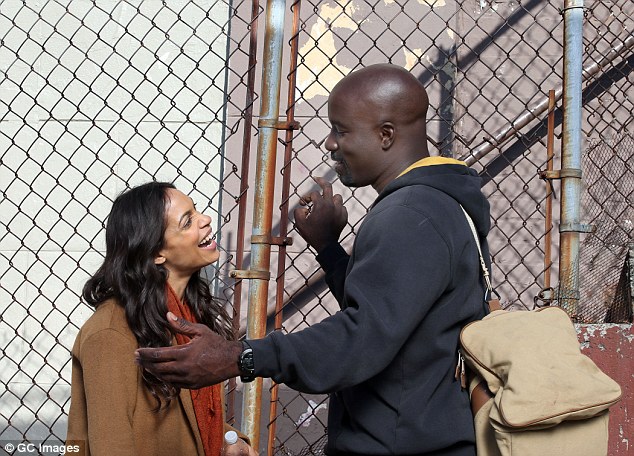 The Two actors , Rosario, 37, and Mike Colter, 40, seems inseparable in this romantic Moments as they make out at a Scene on Set of shooting Marvel’s Luke Cage Season 2 in NYC. 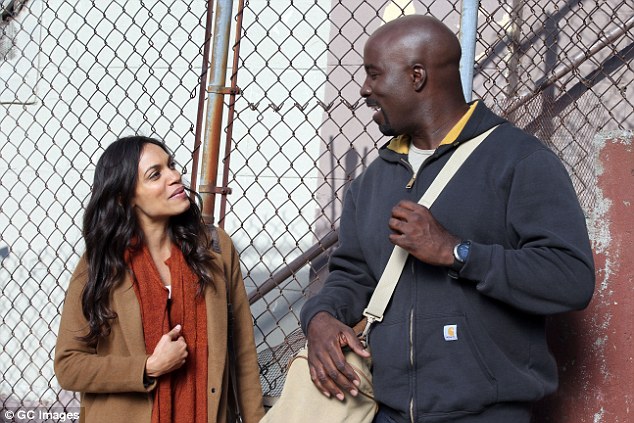 Embroiled in a passionate embrace by what appeared to be a basketball court, Rosario sported an oversize camel trench coat for the role.
Layering with a scarf and bright skirt, she wore her glossy raven hair in loose curls.

And letting her natural beauty shine through, she went for minimal make-up, laughing happily as they filmed.
Another scene saw the couple enjoying a chat, as Mike embraces Rosario. 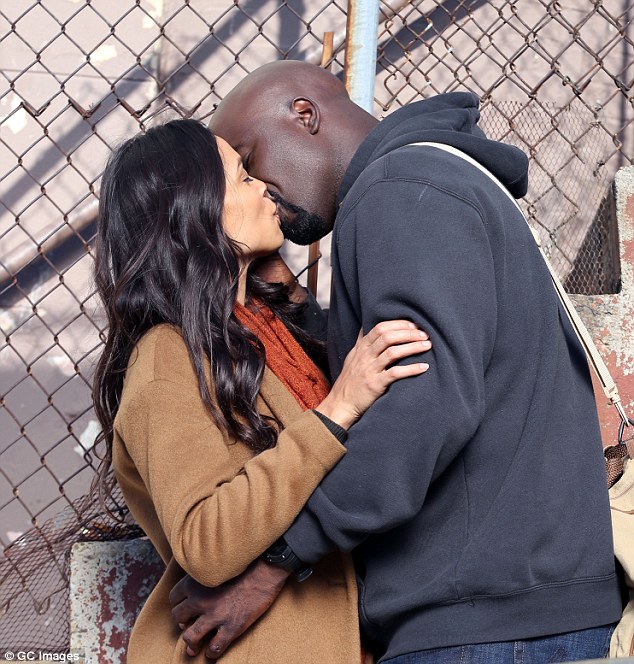 In October Netflix began streaming the critically-acclaimed, binge-worthy series about the unbreakable Luke Cage.
In the original 1974 comics, Luke aka Power Man teamed up with Iron Fist for the Heroes For Hire series.

‘We have the Heroes For Hire thing that could possibly happen,’ Mike Colter – who plays Cage – told IGN last month.
READ ALSO
Am Tired Of Being An Actress – Princess Shyngle Cries out

‘And we have the Jessica [Jones] and Luke in the Alias comics hooking up, having a child, and changing their lifestyle. That could happen. You have a multitude of things that could happen.’ 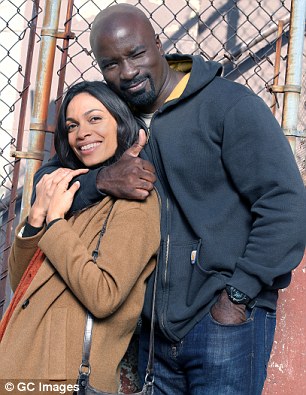 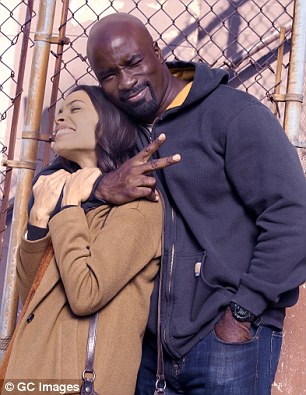 She has more than a nurse-patient relationship with the blind vigilante, who became romantically involved having saved one another on more than one occasion. 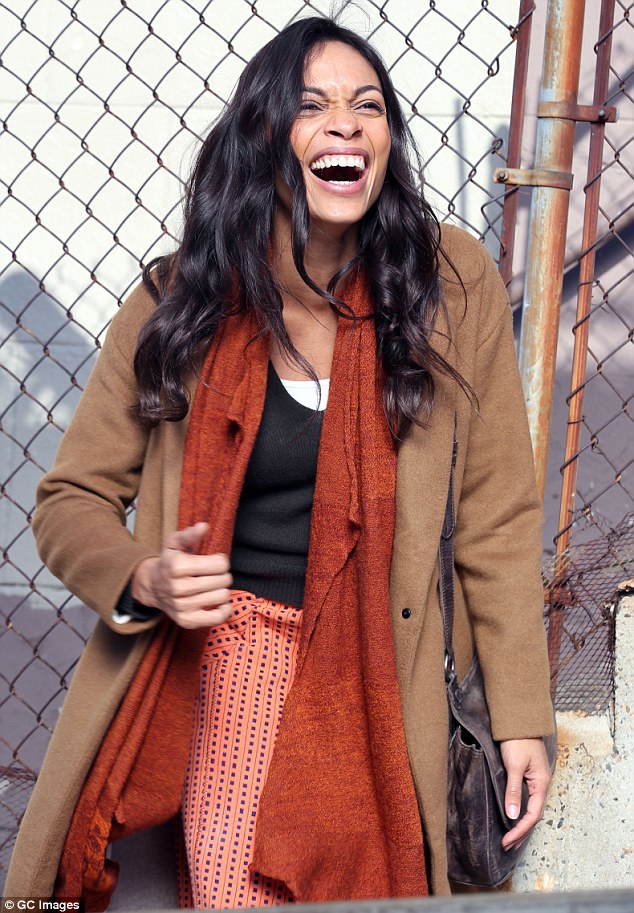 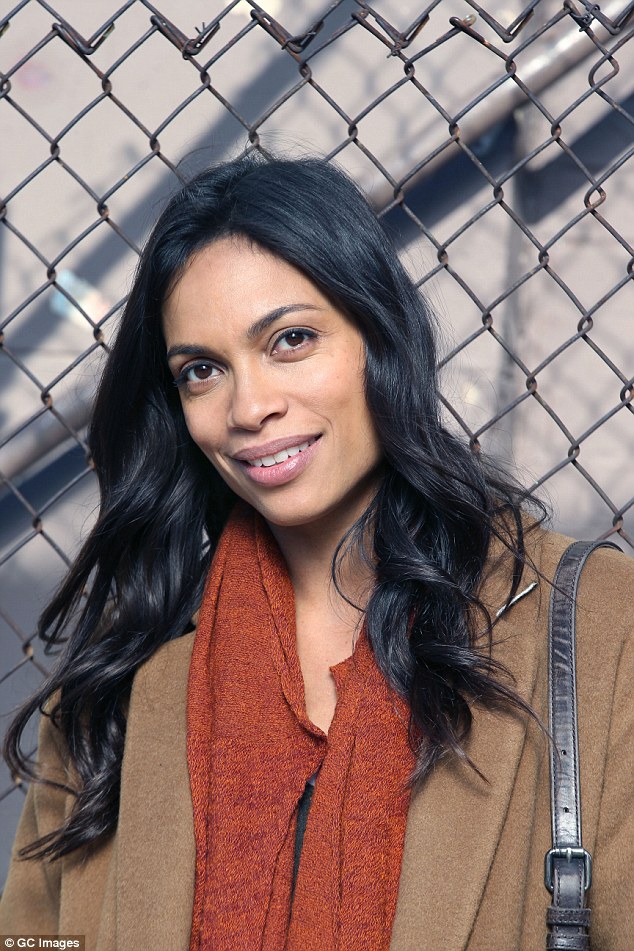 Meanwhile, it was Jones who brought her into contact with Cage in her season one finale, when the supposedly unbreakable hero was seriously wounded.