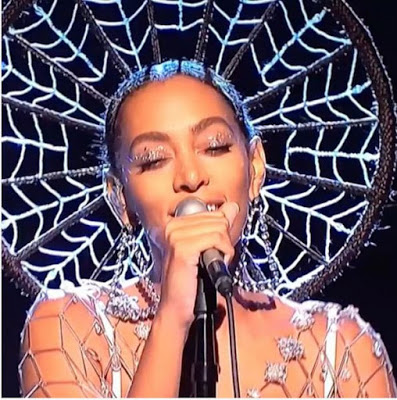 Life its self is demanding and whats more demanding is the things we do for love, but when it comes to Music in America its a different ball game, as the things female ladies do for Live Stage Music Performances is totally off the chains.

Over the Weekend Solange Knowles whose New Album A Seat at the Table is Currently the No 1 album on Billboard 100 album chat right now said she spent over 40 hours to get her ‘Dream Catcher’ hair style done to perform on the Saturday Night Live, which was her first televised Music Performance of her Latest Album.