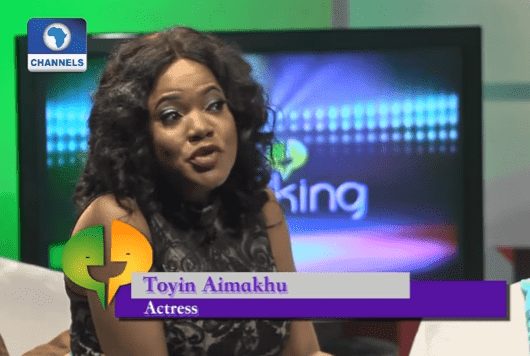 The Nollywood Actress who had been in the News this for the wrong reasons especially the Fiasco of the Safe the Mayowa Campaign that went AWOL with her been tagged has a Fraudster and scammer.

Toyin Aimakhu has finally Spoken about it and how the Situation was put under control.
READ ALSO : ATP SUSPENDS TENNIS BAD BOY NICK KYRGIOS FOR EIGHT WEEKS, FINES ADDITIONAL $25,000
Speaking to Channels television on the Seriously Speaking show, toyin explained in full details of how the whole situation became a PR Fiassco for her.
READ ALSO
OFFICIAL: Iniesta Completes Move to Vissel Kobe

Johnson Olumide - Modified date: July 19, 2020 0
Former BBNaija Housemate , Tacha is now an ambassador for Phone Giant, OPPO. As she joining the likes of Toke Makinwa and two other model...

Johnson Olumide - Modified date: January 19, 2018 0
Chrissy Teigen is not just a friend indeed,she is a friend indeed when it comes to the Kardashians. The pregnant model took to Twitter...