Home News Chrissy Teigen Wades into Donald Trump’s tweets about the inauguration,as his...
They say when the Elephants are Fighting, the Grass suffers for it and right now in the U.S there are just two Elephant celebrities at war and its between the super blunt Chrissy Teigen and President Elect Donald Trump. 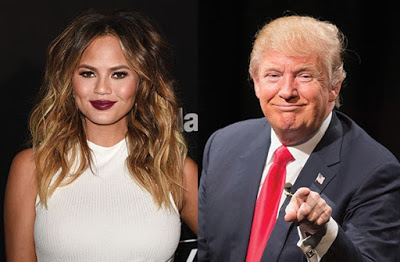 Donald Trump had earlier took to his twitter page  on Thursday morning to slam Music Celebrities whom had refused to accept to perform at his Inauguration ceremony come January 20, 2017 but wants to get invites for the event, he responded by saying: 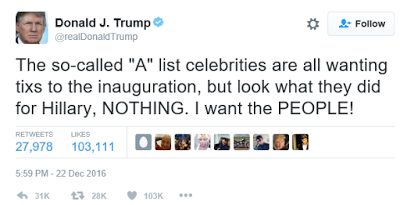 After which Chrissy Teigen gave him back a doze of his medicine by saying that they are people too.

This spark a rage by Trump’s social Media Supporters and they came for her as some said that she thinks she is an A list celebrity, lol.  Read  some of the tweets after the cut.. 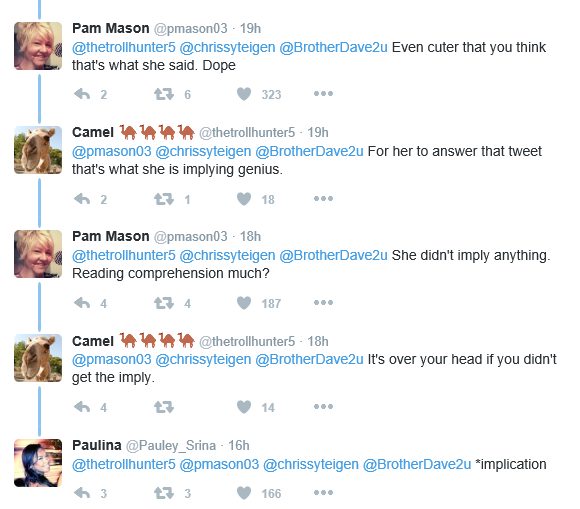 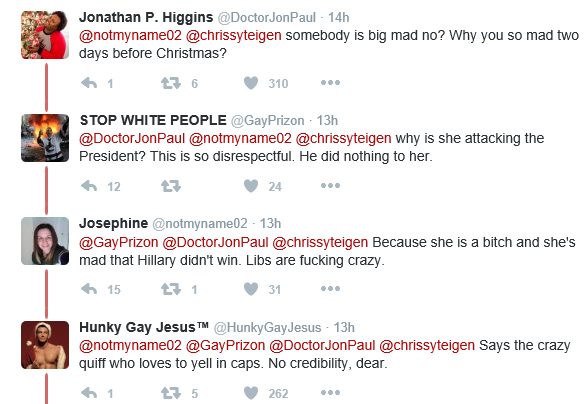 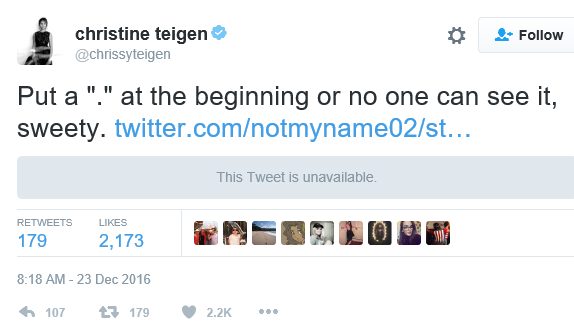 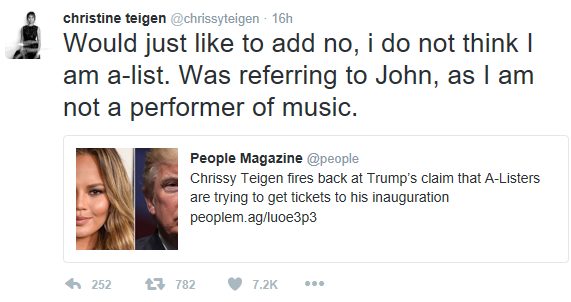 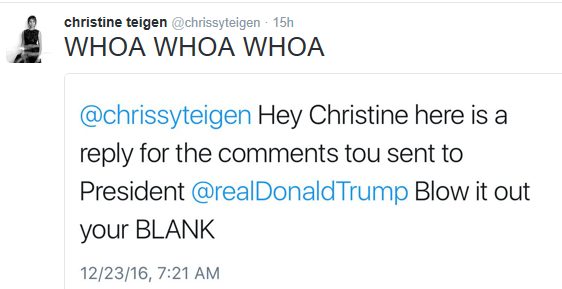 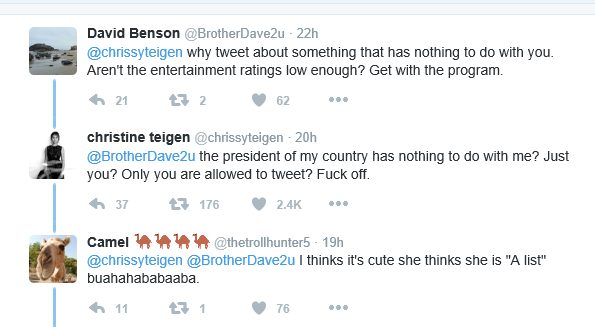