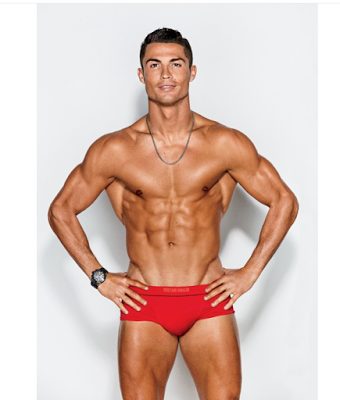 “We didn’t put him on the cover of our Body Issue for nothing. When scientists invent a superhuman, they’ll model it after the world’s most famous footballer.”