First it was Lionel Messi,then Went unto Neymar and now its Cristiano ronaldo that’s been accused of tax evasion on the internet according to leaked documents. 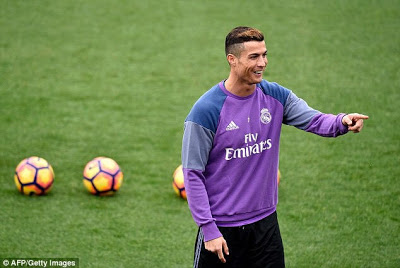 Well his agency has responded to that allegation by posting online documents showing all the money the Madrid player made. 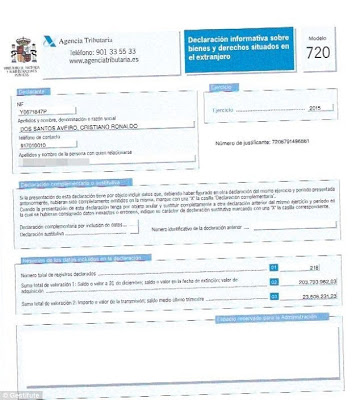 The company’s statement titled ‘Model 720’ read:
‘This document confirms that Spain’s Tax Agency is knowledgeable of all of Cristiano Ronaldo’s assets and income. From now on, the player will not make any further statement on this subject.

‘As reported in recent days, the player has been aware of his tax obligations right away from the beginning of his professional career in all of the countries in which he has resided, and has not and has never had any issue with the tax authorities of any of those countries.

‘This communication, which was not required by law, constitutes irrefutable proof that Cristiano Ronaldo and his representatives are in good faith and cooperate with the authorities in a spirit of transparency and compliance with legality.’

Earlier this month Cristiano Ronaldo and Jose Mourinho were accused of avoiding paying tax on millions of dollars of earnings by channelling money abroad, according to claims based on a huge document leak. They allegedly moved large sums to the British Virgin. 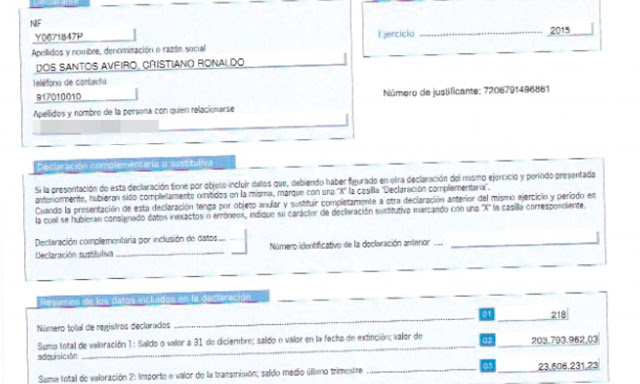