Things got even more tense between the Kardashain family members and Blac Chyna and right now momanger Kris Jenner has excluded her from the Christmas holiday Party taking place this weekend. 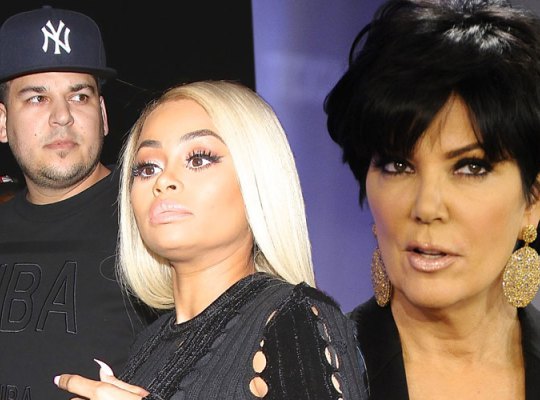 Sources tells PEOPLE Magazine that: “She is not invited to Kris’ holiday party.Rob’s family is trying to distance themselves from Chyna. They can’t stand the toxic relationship.

They very much care about baby Dream though. It’s just come to the point when they think Rob is better off without being in a relationship with Chyna.”

“At least some of his family members want Rob to split up with Chyna so they can say, ‘We told you so Rob. You deserve better,’ ” the insider added.

After apologizing to Chyna and pledging to be a better dad for Dream on Monday, it looks like what “family first” means to Rob is shifting, though.

And according to the insider
“Rob won’t listen to [his family]. He wants to be with Chyna.”