Home News #MUSIC » Shayo Na Bastard by Vino @wayvino #ShayoNaBastardByVino »
Vino a.k.a Vino Tinto started music professionally in 2012, before then, he was Ruggedman’s backup singer for six years. Vino and 9ice were featured on the evergreen songs like “Ruggedy Baba” (Atewo Mobala) and “Ruggedy Sanwo” by Ruggedman. 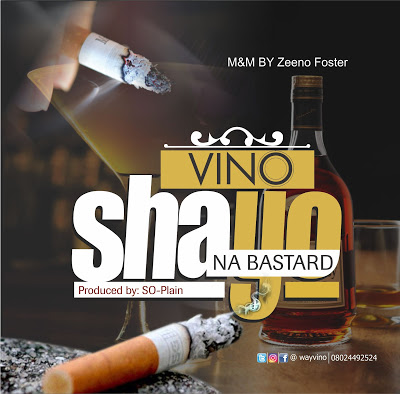 He had also in the past, worked with Don Jazzy, I.D Cabasa, Sars on the beat and many more. Here he come with his first major hit single “SHAYO NA BASTARD”.

Violette - July 1, 2020 0
A drama queen would be loved by his boyfriend and Stefflon Don has being one. Burna Boy has a girlfriend that loves to be a...

Kendall Jenner goes out to lunch with Rapper Tyler The Creator

Johnson Olumide - February 18, 2020 0
The 21-year-old celebrity, model and reality TV Star was seen in LA with the sensational Rapper has they left a restaurant after having lunch...

Violette - July 1, 2020 0
Showing a new completed crib and house in Lekki is a great achievement. And the Lagos interior decorator has proved that recently with her new...