Its been an Interesting story developing in the last 10 days as rumors of a Breakup between Nicki Minaj and two Years BF rapper Meek Mill seems to be hitting the Cliff. 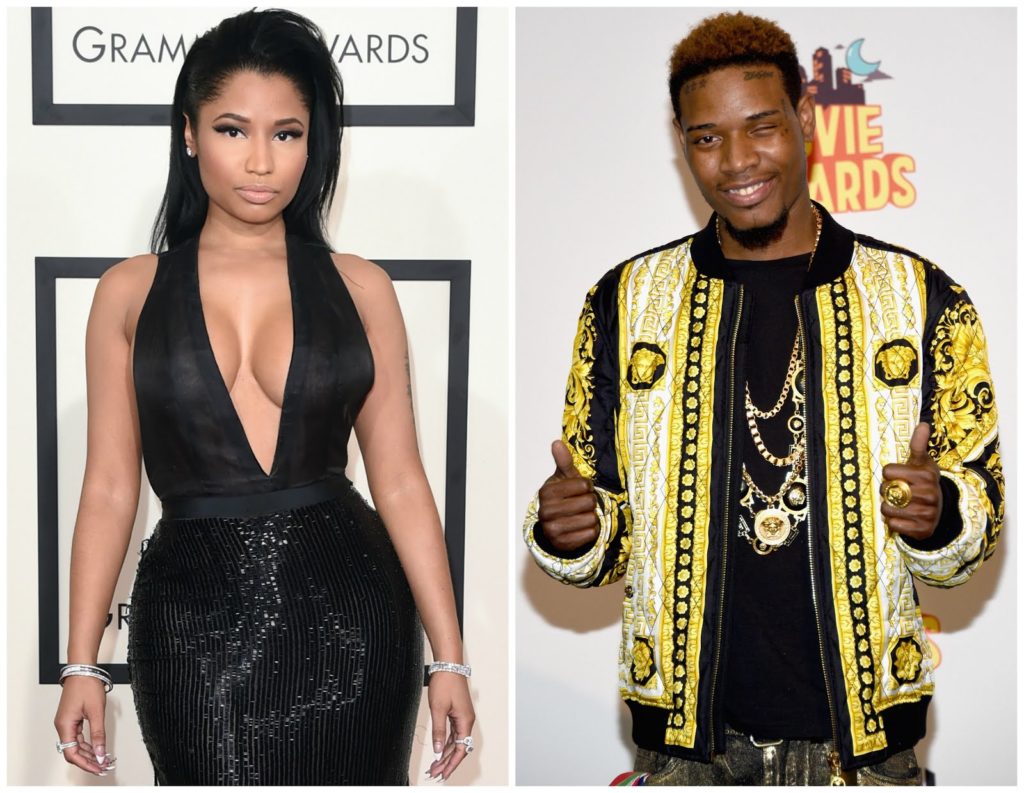 This is so totally coincidental, fast rewind back to 2015 at the AMA awards, nicki gave a compliment on stage to Fetty Wap for an astonishing year in the Industry after she beat him to the Best Rap album of the year award.
intouchweekly.com reports that According to two close friends of Nicki, she and Fetty have developed a “close relationship,” and it’s due to recent studio collaborations, “They’re working on projects together, and maybe more,” they told MediaTakeOut.

The rumored couple hasn’t made their relationship official yet, as Nicki is trying to see “where Fetty’s head is at.”

The shocking news comes shortly after Nicki and Meek Mill reportedly ended their year-long relationship. Multiple reports have surfaced that allege the Philadelphia rapper cheated on Nicki with a local Philly boutique owner. Fans suspected Meek’s mistress was in his most-recent Instagram photo, which he later took down.
Shortly before the split, the two seemed to be engaged in a feud over Instagram, with Nicki throwing the first punch after sharing a meme of Denzel Washington that read, “Never help an ungrateful person get on their feet. It’s like telling a wolf that you’re a sheep.”

Meek immediately responded to the post, and commented, “That’s why I make sure I stand on my own and was M’d up when I met you.”

Things seemed to cool over almost immediately after their Instagram fight, with the Philly rapper referring to Nicki as “his wife” on the social media platform, sparking rumors of marriage among fans.

Unfortunately for Nicki, if she is indeed dating the 25-year-old, he’d be coming into the relationship with a fair amount of baggage. The New Jersey native was reportedly known to have hooked up with various women during his first year of fame, but he’s since calmed down his player ways.