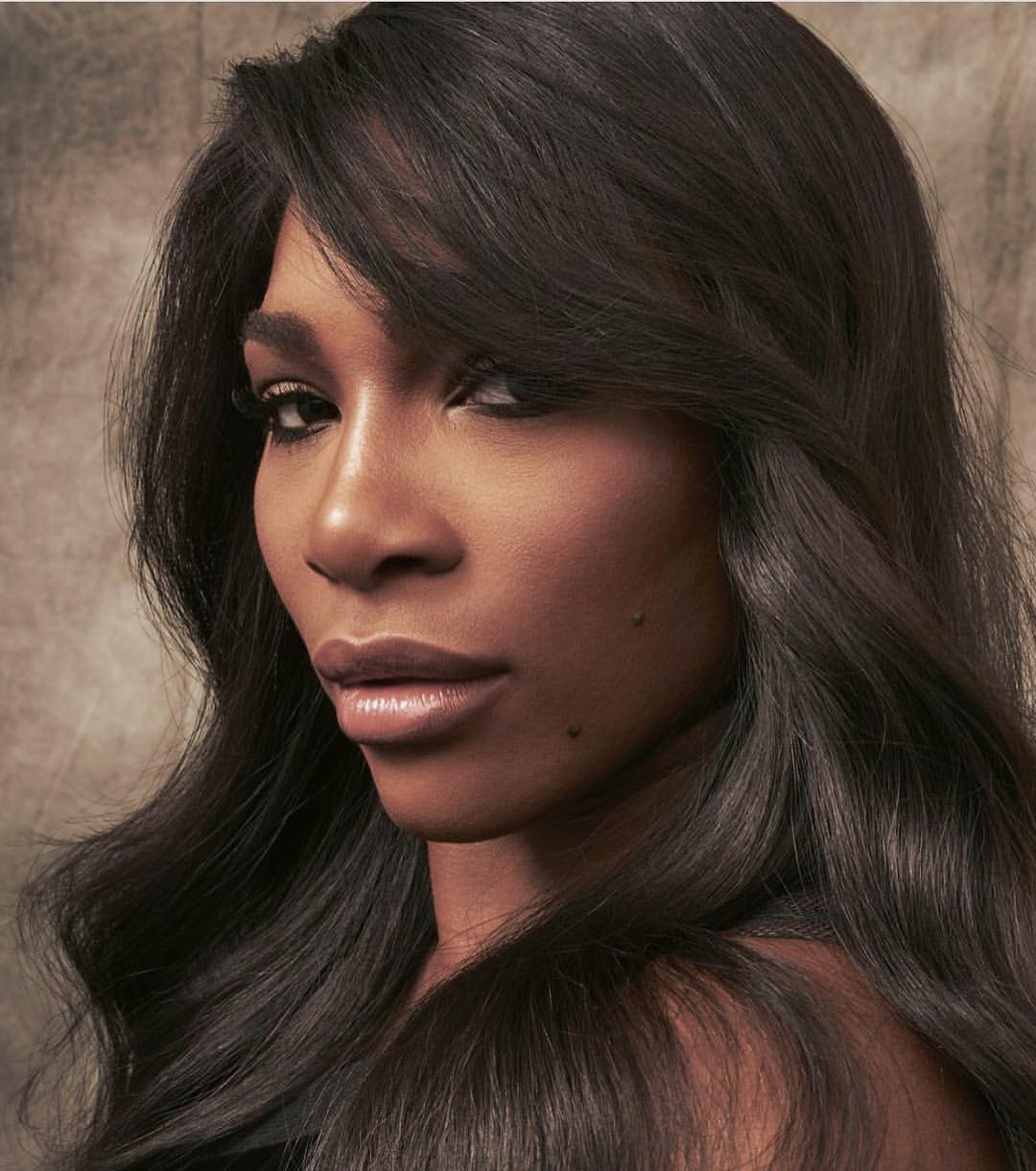 The world no Two Tennis Women Player had experienced her own fair share of body shaming, sexism, and racism.
And those are the things that had built up the 22 times Grand Slam Champion in Serena Williams.
For many years she and her sister had made it non that women deserve equal pay for their Hard work in all areas of life.

Gender Equality has been the two best sisters in the game’s biggest campaign and once more in an open Letter released some days ago by Serena Williams has pushed the boundaries further  by stating that this message was to  “all incredible women who strive for excellence.”

Serena writes that her career has been about “resilience,” and that “often women are not supported enough or are discouraged from choosing their path.”
According to Elle.com:
She goes on to say that the subject of equal pay frustrates her because she’s experienced it firsthand. “Do they say LeBron is one of the world’s best male athletes? Is Tiger? Federer? Why not? They are certainly not female. We should never let this go unchallenged.” 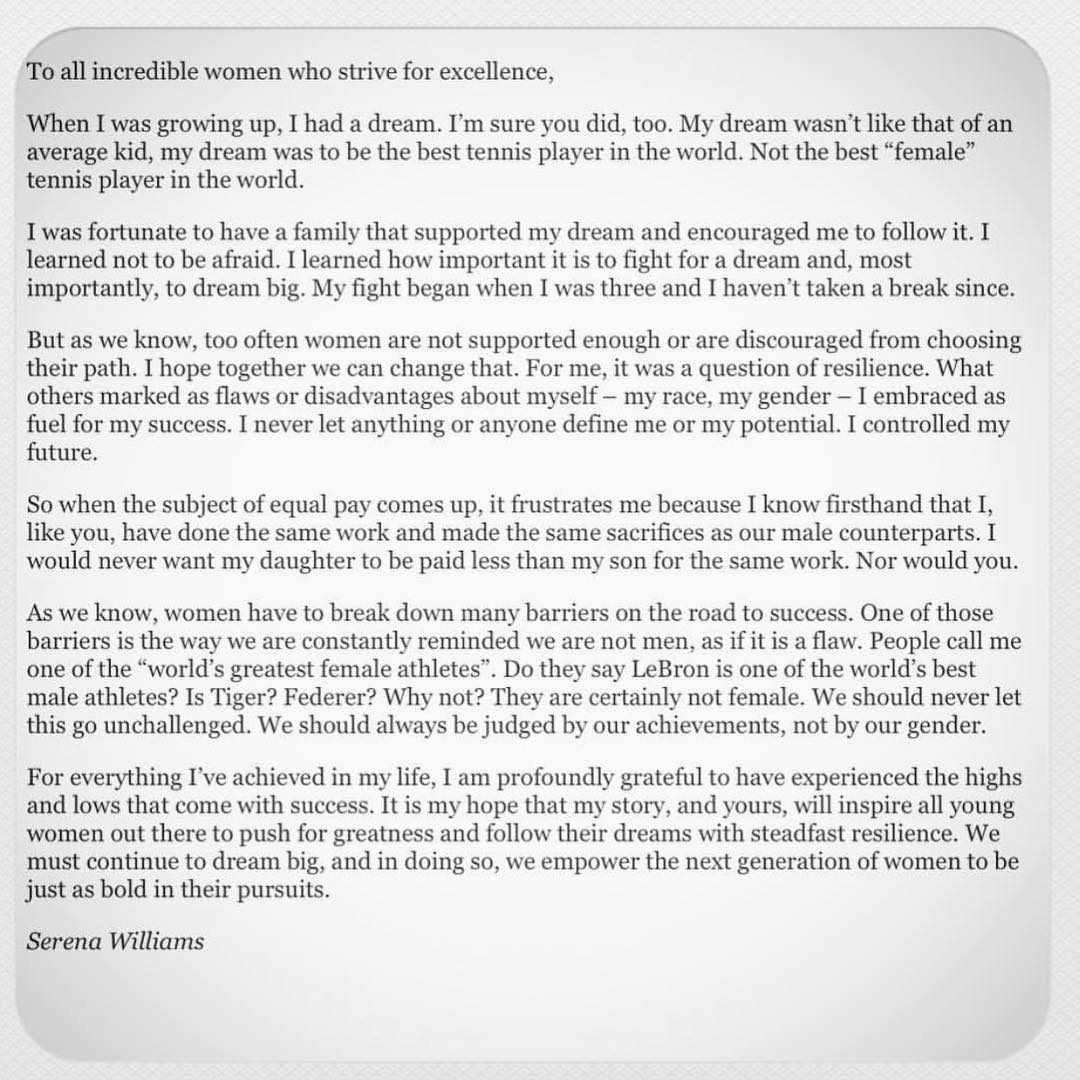