First of all,the last person that did say something similar was rkelly in his song am a Flirt, well in an exclusive interview with BET, the former Criminal Mind Star Opened up about his New Film titled the Bounceback, further  more talking about his love life the backlash he faced from toni braxton for sharing social media details of their fling and also finally addressed his gay issues rumors that has been circulating the social media for some time now. 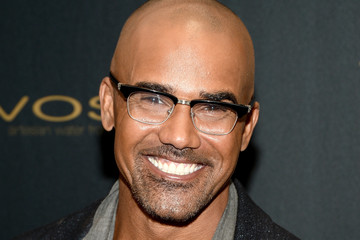 Speaking of relationships, last time we spoke, you talked a little bit about your fling with Toni Braxton back in the day. She was upset by what you said. Do you have any regrets about that, and have you two spoken since?


No, I haven’t. I’ve seen her sister and her mother, and I don’t regret … The only thing I regret is that it was interpreted by her or whoever. I don’t know to this day how she felt. I didn’t mean anything maliciously. I never mean to offend anybody.

I’m not above anybody. I’m grateful for my time with anybody that I’ve had a relationship with, because that’s how I grow, that’s how I learn. So my time with Toni, it was nice, but it was very brief. So if anybody’s offended by anything I said …  that wasn’t my agenda. Besides, I saw [Toni’s mom] at the Emmys, she gave me a hug, so I think we’re all right.

I have to ask you about the gay rumors that keep popping up. You often take to social media refute these rumors. Why do you feel the need to address them?

I just think it’s all silly. If you’re gay, you’re gay. I’m not, and I know that, and I’m very comfortable with who I am, and I love women. I’ve dated plenty of them. If you think I’m gay, send your girlfriend over to my house for the weekend, and see what happens. For real. You can call that arrogant if you want to. I just call it confident. You can call me whatever you want, but you don’t know me.

I have fans that are gay, men that come up to me, and they’re inspired by me, or they like me as an entertainer, and when they want to give me a hug or take pictures with me, what, am I supposed to not put my arm around them, or stand next to them, and if the man next to me in the picture is gay, that makes me gay? That’s just simpleminded ignorance, and I don’t play that.