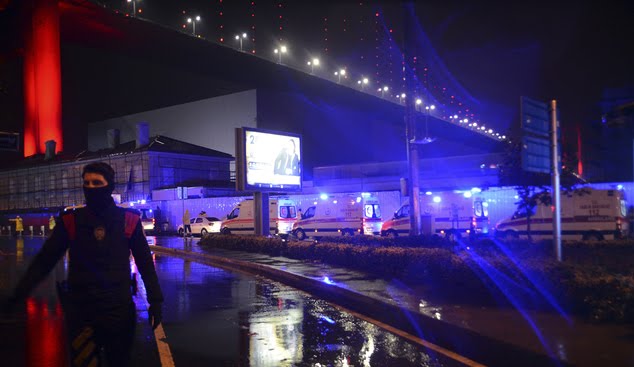 The year 2016 kicked off as a black Sunday, as terrorist Strike again in Istanbul Turkey Night Club.

When a Man Opened Fire on People whom were Present at a Night Club in Istanbul on Sunday, Killing at Least 35 People and wounding Around 40 People.

He then Fled the Scene, according to official Statements from Istanbul Governor Vasip Sahin, The attacker dressed as santa shot a police officer and a civilian as he entered the club in the Ortakoy district of Istanbul before opening fire inside the building, Sahin said, in what he described as a terrorist attack.


Once inside, CCTV footage showed the terrorist appearing to take off his coat as he ran around the club shooting people at random.