Home News I want to beat Barcelona at Liverpool-Philippe Coutinho 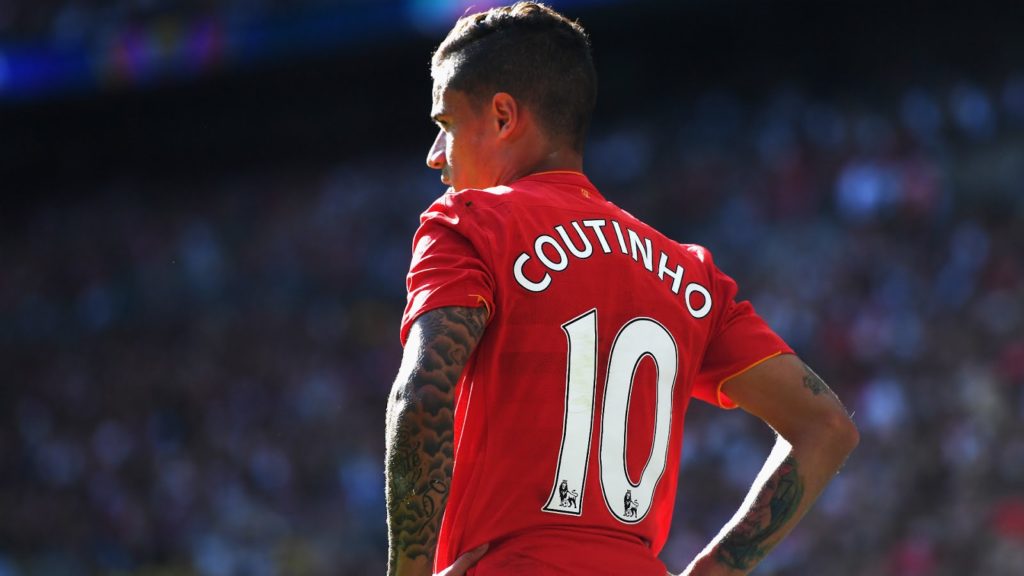 The Brazilian Attacking Midfielder just signed a a new 5 year deal at Liverpool making him the  highest paid liverpool Player in the Club History.

The Liverpool Sensation as been in top form under Kloop since last season and continued on such a Great form this season as he scored a Curler Freekick against arsenal on Premier League openning day.

His form had attracted interest from la liga Gaints FC Barcelona, but Coutinho opted to remain with the Meyside Red Devils.

According to Goal.com,  Coutinho says he would rather help Jurgen Klopp turn the Reds back into the dominant domestic and continental force they were in the 1970s and 80s, when they won 11 English First Division titles and four European Cups.

“I believe in finding somewhere you can express yourself, play without fear, play with everything you have,” he told the Daily Mail. “When you find that place, stay.

“This club, Liverpool, it has a plan: to be back on the top, and that’s what I believe in. I want to be part of that.

“From the owner, the manager, my team-mates. There is nothing that stops us competing with the big clubs. Clubs in England. Clubs in Europe. Yes, clubs like Barcelona. Why not?

“This is a great club. I remember how helpful everyone was when I first came to England, like a family. They made me welcome, comfortable. They removed any obstacles, they allowed me to think first about football and second about football. I remember that.

Coutinho added that the feeling of belonging on Merseyside was a major factor in persuading him to sign a new deal.

“There are two parts to this decision [to sign]: first the ambition of the club and then my family,” he said. “They are with me.

“Every player here is treated well. The club supports us and allows us to focus on the football. Not just me, everyone. Nothing special for me. There is a structure to help.

“When a new player comes, especially from abroad, they have a team to support the wife, the family. When I go to play, I can concentrate and play. It is professional, professional like a big club.”

In terms of fulfilling his ambitions at Liverpool, Coutinho insisted there was no reason for him to wait any longer to renew his deal as the Klopp era at Anfield takes shape.

“No need to wait,” he added. “I know. I live this every day, I can smell it. I see the ambition of the club, my team-mates, the manager. I am living it, seeing it. Wait to sign? No. No. Now is the right time.

“I understand what Liverpool means. We can say Dalglish, Rush, Hansen, Souness, Suarez, Gerrard. I’ve been here quite a few years already, it’s not like I am new. I understand.

“To have signed a new contract at this club, my goal is to be thought of one day in the same way as these players. They are legends. You define the success of a player by his loyalty or his titles. Or both. In order to be part of this group, I have so much to do.

“I want to win titles. Five years is my new contract… it gives me that opportunity.”