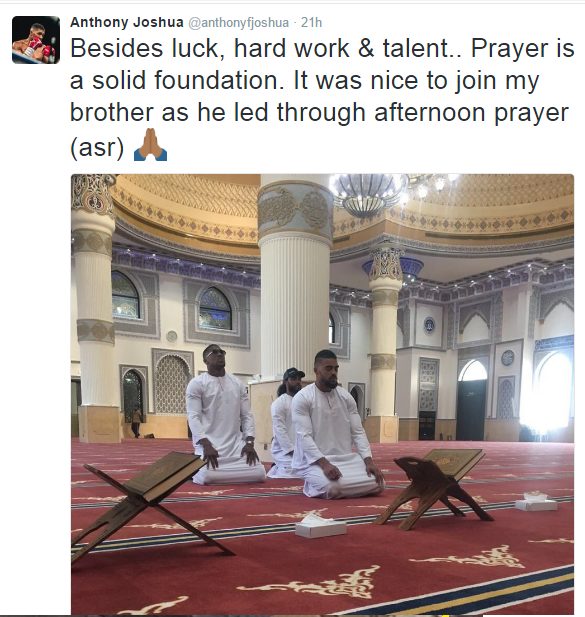 The British Boxing World Champion has come in for some criticism after uploading a Photo of him Praying at Mosque in Dubai on social Media.

Anthony Joshua a IBF Heavyweight Champion took time off is training schedules to pray at Mosque while in Dubai, fans have  heavy criticized him, as Joshua previously said he doesn’t follow any religion , but rather has an interest in them.

Some fans out of their Disapproval and disappointment have also un-followed him on social Media. 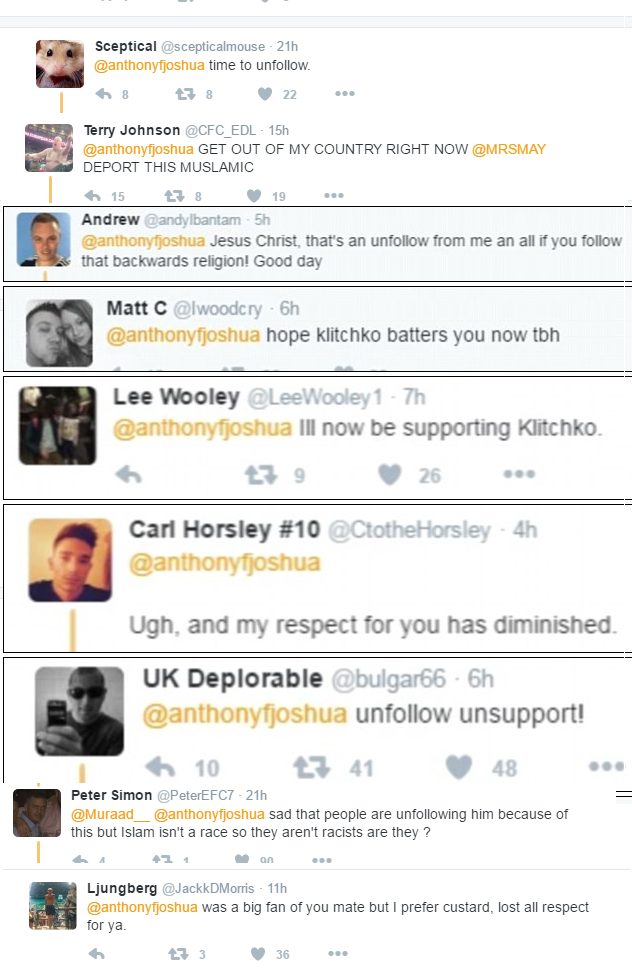 Comments are yet to be received from Joshua on this latest Development surrounding his career and Religious Believes.