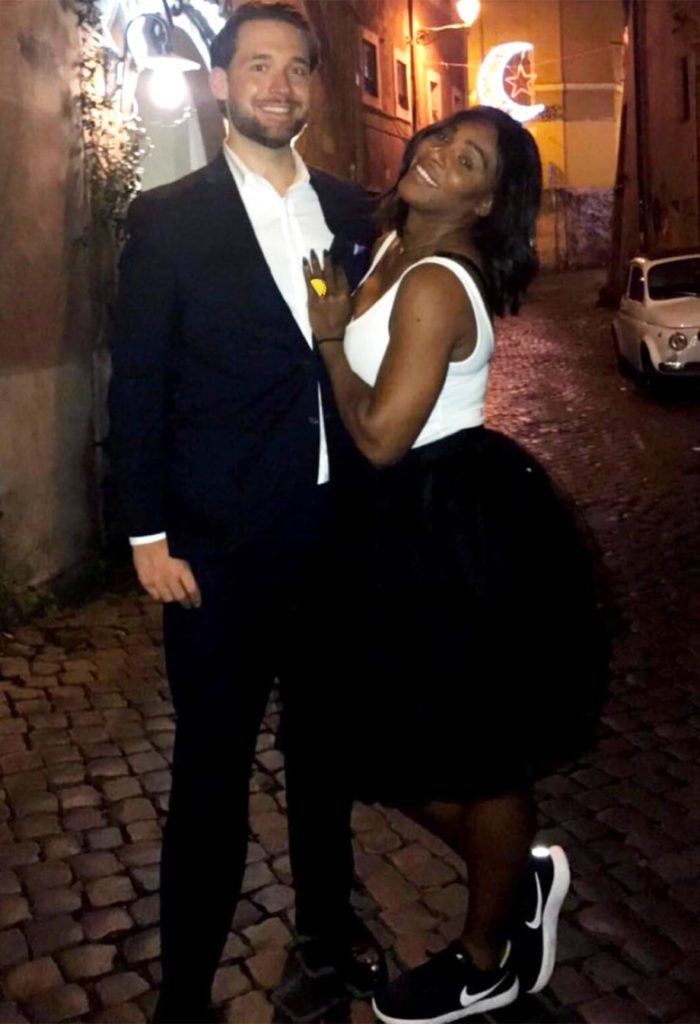 She is the Greatest Athlete of all time with a Record 22 Grand Slam titles and right now she also said yes to her one year Tech Billionare BF Alexis Ohanian and at 35 Everything seems good right now for the Compton Born Tennis Legend.

According to US Weekly, “It feels good,” the tennis pro, 35, said when asked if she feels different now that she’s engaged to boyfriend Alexis Ohanian, 33.

All the feels aside though, Williams still has her eye on the ball.

“I really haven’t thought about it too much, because I wasn’t even really gonna think about it until after the tournament,” she explained. “So, I just keep saying, ‘February, I’ll start looking at the bigger picture of my life.’ But right now, I’m just so focused that this is all I can think about.”

And her head is in the game — the athlete beat Belinda Bencic 6-4, 6-3 during day two of the tournament held at Rod Laver Arena in Melbourne.

“I didn’t come here to lose in the first round, or the second round, or at all,” Williams said of her performance. “If I can play the way I’ve been practicing, it will be fine.”

As previously reported, Williams announced that she was engaged to the Reddit cofounder via Reddit (appropriately!) on December 29. In a thread titled “I Said Yes,” the sports star shared their romantic proposal story, revealing that Ohanian surprised her by flying her to Rome, which is where they had their first date. After fans begged to see the tennis champs’ engagement ring on social media, Williams posted a photo of herself with Ohanian to Reddit on January 5 and jokingly captioned the shot which showed off her huge diamond engagement ring, “Engagement shoe game,” drawing attention to her black and white Nike sneakers.