The Sent From Heaven Singer has been off the Charts for months  now with no single in sight nor Album.

But those Status Quo are about to change now, as Keyshia cole  announced via her social Media that she had signed a new Record Deal and Gearing up to drop her Seventh Studio Album.

According to theshaderoom,The songstress took to social media to share a video of her and with Epic Records chairman/ CEO L.A. Reid, and expressed her excitement about her new deal with fans. 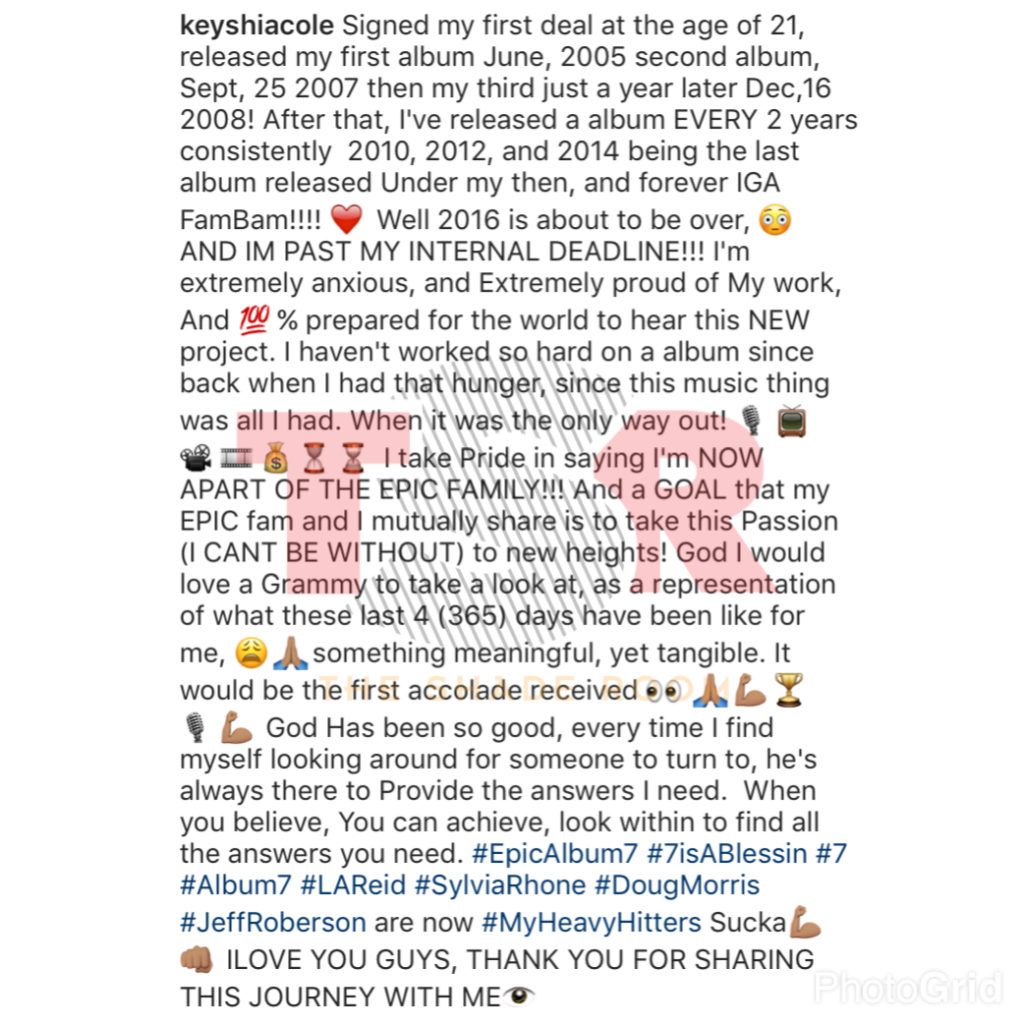 Keyshia Cole released her debut album, “The Way It Is” back in 2005 and went on to release five other albums with her last being, 2014’s “Point of No Return.”

Congrats to KC on her new deal!