Home News Kim Kardashian shows off her Bootilicious rear in a form fitting... 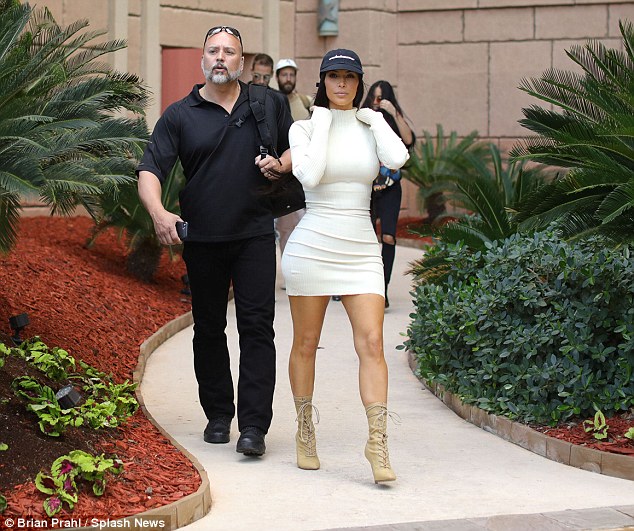 It took her 13 weeks to be back in your faces and right now 2017 is going to be Lit as Kim K is back in full force.

Kim is currently in Dubai for the Masterclass event and yesterday was Photographed in form Fitting White Dress.

According to Dailymail,The reality star’s outfit had long sleeves and a very high neckline in deference to the local custom in the conservative United Arab Emirates nation.

But despite this it was by no means modest, clinging to Kim’s shapely figure like it had been sprayed on. 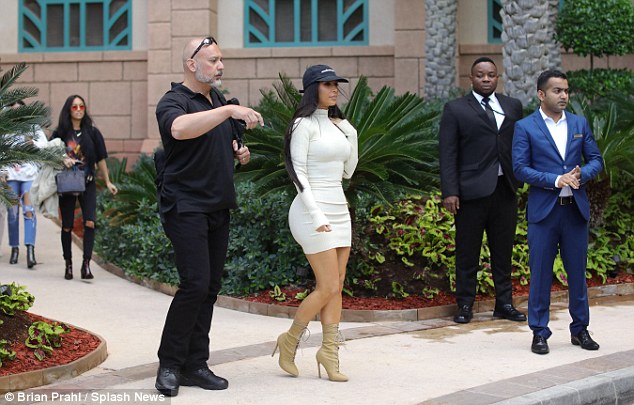 The hemline was also a daring one, just low enough to cover her underwear.
Kim wore the dress with a black cap, as she set out to  shop at the exclusive Mall Of The Meirates, where she was seen popping into Givenchy. 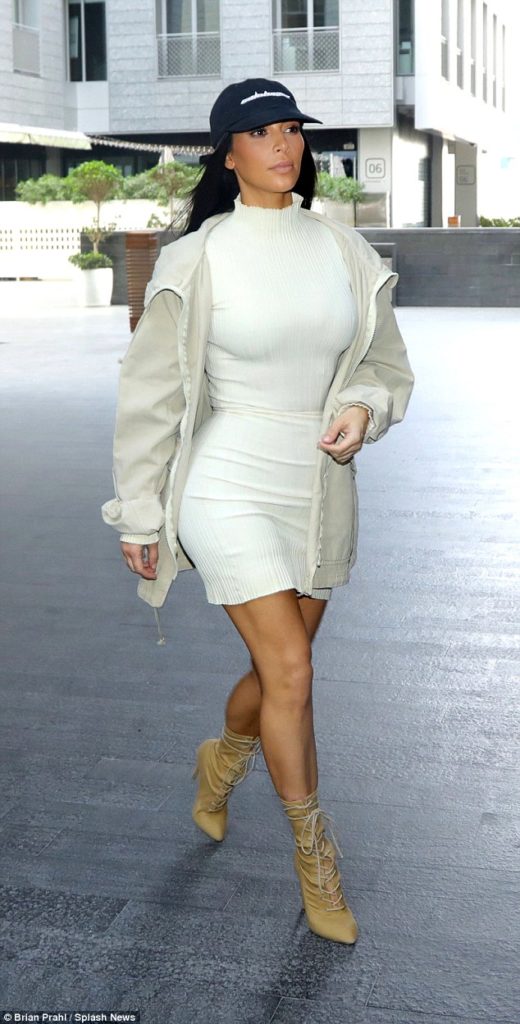 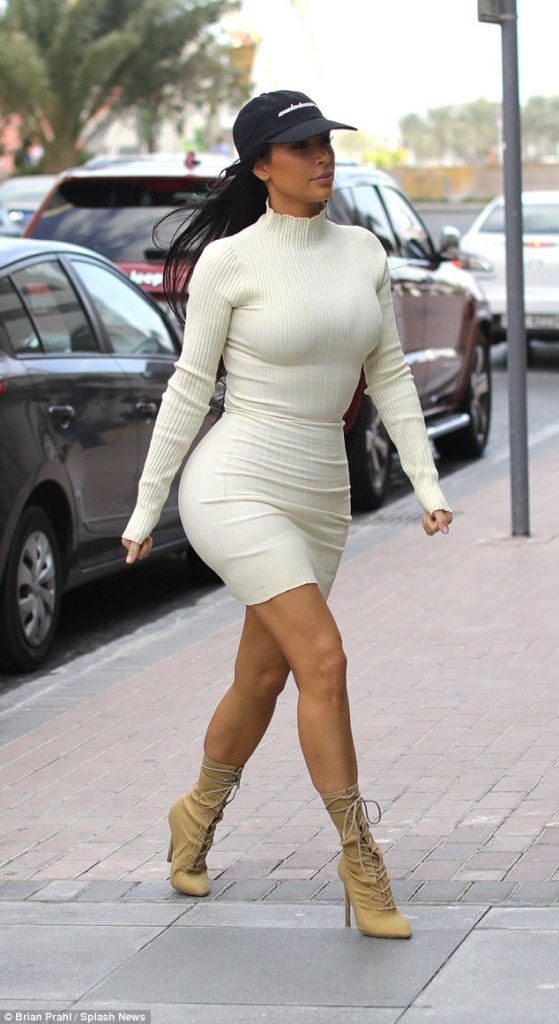 The 36-year-old mother-of-two headed to Dubai for her first public appearance since she was robbed at gunpoint while on a work trip to Paris in October.
She lost an estimated $10million of jewelry in the raid, including her newly upgraded $4million engagement ring.
But the real impact was on Kim’s confidence, with the reality star left traumatised by the experience.

READ ALSO
"Couple of months ago, I couldn't even stand" Kizz Daniel opens up (Photos)