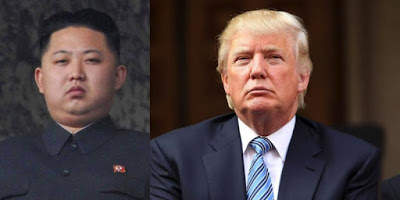 Donald Trump has just been sworn in as the 45 united States of America President and first person unthinkable that wants to meet with him is the Superem Leader of North Korea Kim Jong Un.

According to BBC reports, Thae Yong Ho escaped with his wife and two sons from North Korea, arriving in South Korea in August,  causing his brothers and relatives to be punished for his defection, but has revealed that cases of human rights abuses in North Korea will never stop as long as Kim is alive.

As long as Kim Jong Un is in power, there’ll be no chance for the world to improve the human rights issue” or cancel “the nuclear program,” he says.

“If Kim Jong Un decides to kill someone, if he thinks that he is a threat or he scared him, he just wants to get rid of him, that is the present reality of North Korea,”

Thae says he feel surprised Trump won the election, and sees it as a good opportunity for Kim to negotiate with Trump , but gave a warning, that Kim only negotiates on his own terms. 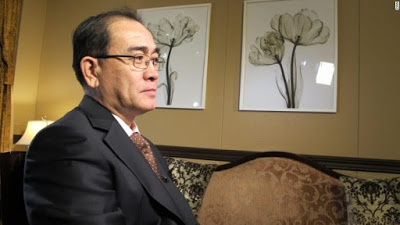 “The level of this New Year’s speech is almost blunt blackmail,” says Thae.

“He called it pre-emptive strike capability,”
“That is ICBM [intercontinental ballistic missiles].”

“Kim Jong-un knows that nuclear weapons are the only guarantee for his rule. And Kim Jong-un, I think, will press the button on these dangerous weapons when he thinks that his rule and his dynasty is threatened.”

‘He wants to meet Trump’ “Even Chinese President Xi Jinping and even Russian President Putin — they haven’t even met Kim Jong Un,”

“According to international geopolitics there is no eternal enemy or friend… nobody can predict if one day Kim Jong Un may want to blackmail China,”‘ China needs to do more to stop Kim.’

When asked if Kim would dare attacking a city like Los Angeles, even though he knows U.S might kill him as a retaliation, Thae said yes.

“Yes, because he knows that if he loses the power then it is his last day so he may do anything, even to attack Los Angeles, because once people know that in any way you will be killed, then you will do anything. That is the human being’s normal reaction”.

When asked if Kim will die a peaceful death, Thae said;

“No. I’m sure that Kim Jong-un’s regime one day will collapse by a people’s uprising.”