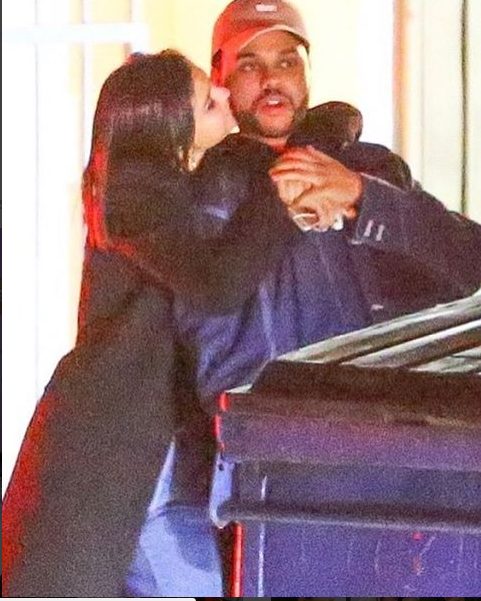 This is huge as the Peoples Magazine reports, The pair were spotted smooching throughout the evening  though a source tells PEOPLE, “it’s new and nothing serious.”

“It was a romantic dinner date in the rain,” an onlooker tells PEOPLE. “They acted like a couple. They ordered pasta and shared the food. She seemed very into him  — she was smiling a lot. They left holding hands.” 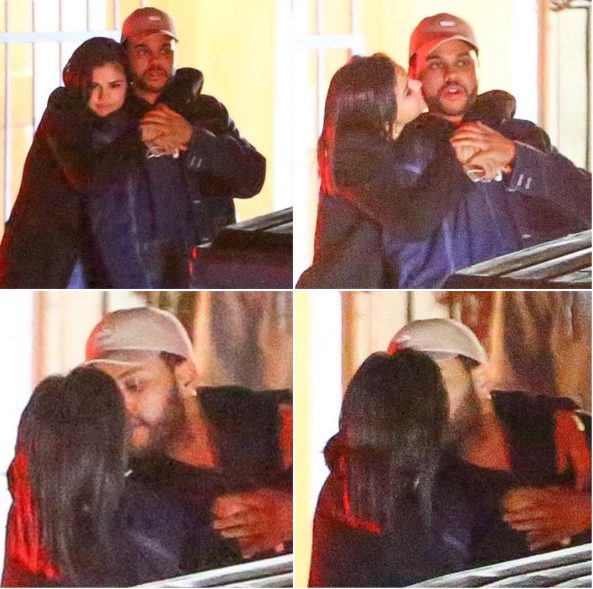 How concrete this gets , we dont know yet as its just been like two months plus since the Party Monster singer called it quits with her supermodel Girlfriend Bella Hadid back in November last year.

Selena gomez on the other hand as been single for months since finally putting an end to her on and off relationship with Justin Bieber.

if this Relationship gets  serious it ould be the Weeknd’s First after Bella Hadid.