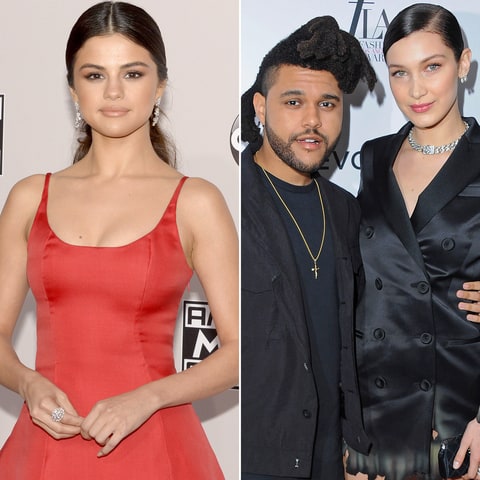 She told me dont worry about it( in the Weeknd Voice), I dont Give a F***( Vectors Voice)  that;s the mood Selena Gomez is in right now as she is smitten with the Weeknd who was Fashion Model Bella Hadid’s BF some months ago before they broke up in November 2016.

Reports has it that Bella Felt insulted that she didnt get heads up from Selena whom she thinks was a Friend before dating her Ex the weeknd just two months after they called it quit on their relationship.

According to TMZ, if Bella truly feels betrayed by her new fling, it comes without merit.Selena’s always been best friends with “squad” leader Taylor Swift … but the Hadid sisters were merely distant acquaintances.

Our sources say if Selena truly felt she needed to let Bella know (as a friend) that she and The Weeknd had a thing going on, she would have … but Bella just isn’t a close friend.

As for her situation with The Weeknd — our Selena sources say the two started hanging out just before the holidays — but weren’t together for the celebrations.
We’re told the new couple isn’t yet “that serious” … but even if they were, Bella’s playing the victim card way too hard.