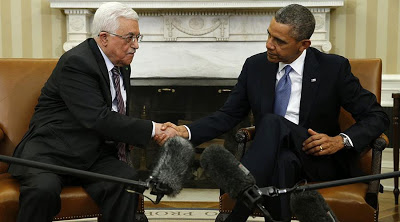 Former US President Obama Made some last minutes decision before vacating office on the 20th of January 2017 as his Administration released the sum of  $221M dollars to aid Palestine last week
Among other things Obama did was to give Pardon to 69 inmates in Prison.

The States Depertment has now Revealed that there will be a Review of  Obama’s Last Minute Decision to defy Congresstional Republicans in releasing the funds.

Just hours before Donald Trump’s inauguration on Friday, former secretary of State, John Kerry announced that Obama’s administration will release the money to Palestine territory but the State Department has said it will review the aid and see if it falls in line with Trump’s administration policies.

The congress had approved funds for the Palestine Aid in the 2015 and 2016 budgets, but they were placed on holds by two major republican lawmakers, Ed Royce and Kay Granger, because they felt Palestine was seeking membership in international organizations.

Trump, by the way sees the Palestine and Israel relationship in a different way to how Obama saw it. Obama for some time has been trying to support political and security reforms in Palestine while Trump is a big supporter of Israel and has even invited Israel’s prime minister Benjamin Netanyahu to visit Washington next month.

Kay Granger of Texas, who sits on the House Appropriations Committee, released a statement on Tuesday saying: “I am deeply disappointed that President Obama defied congressional oversight and released $221 million to the Palestinian territories.”