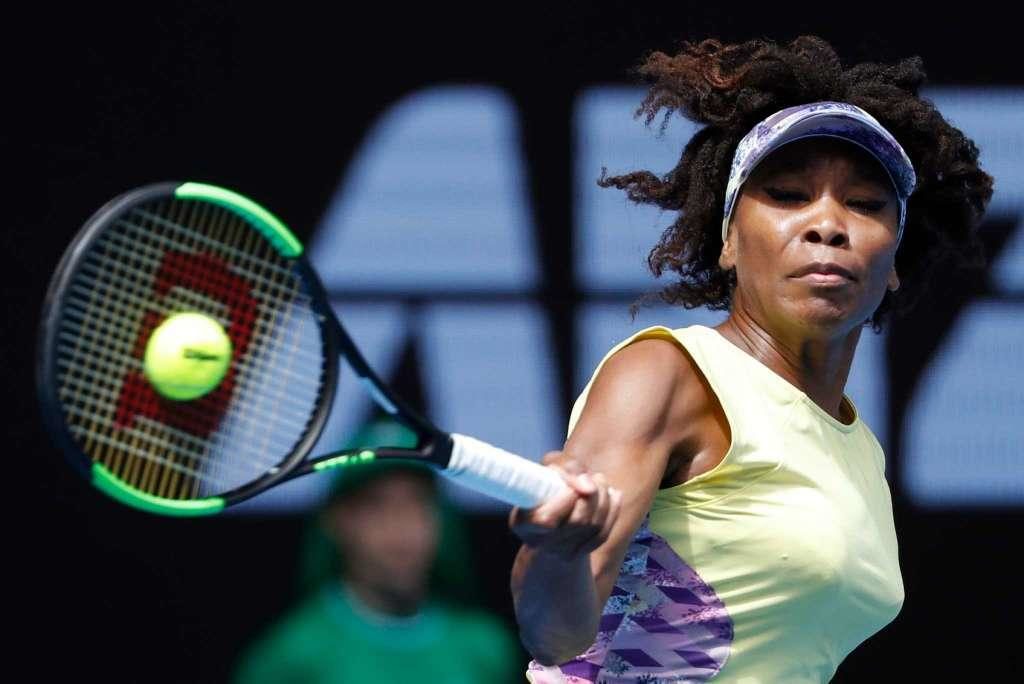 The 7 Times Grand Slam Champion doesnt look like Slowinf down a Bit even at 36, she still got the Classic Steam in her to go all the way to the Australian Open 2017 if possible.

Venus took apart her opponent in the Second round of matches played at the Australian Open Today as she swept aside 26-year-old Voegele 6-3, 6-2 in Straight Sets.

Accordig to AP, The 36-year-old, seven-time major winner played the first of her record 73 Grand Slam tournaments at the French Open in 1997. Back then, she got to play against the likes of Steffi Graf and Martina Navratilova.

“I have to talk about this every interview,” Williams said in reply to what has become a regular post-match question to the oldest player in the women’s draw here. “I’ve played some of the greats.

“It’s an honor and privilege to start that young,” she added, laughing, “and play this old.”

Venus and Serena Williams withdrew from a scheduled first-round doubles match later Wednesday, citing an injury to Venus’ right elbow. The sisters have won 14 Grand Slam doubles titles together, including four at the Australian Open.

In the second set, serving and with a game point, she chased the ball like a teenager from one side of the court to the other, and back, trying to finish off. Her forehand landed too long, but her intention was clear. Get through the round ASAP. She won the subsequent two points to hold.

At 15-15 and 5-2 in the second, she was still remonstrating with herself after missing a point. She finished off the match later in the same game, another break, to reach the third round. Williams lost to eventual semifinalist Johanna Konta in the opening round last year.

Venus is playing her 17th Australian Open, but has never won the title. Her best run was to the final in 2003, when she lost to Serena.

No. 11 Elina Svitolina had a 6-4, 6-1 win over U.S. qualifier Julia Boserup to advance to a third-round match against No. 24 Anastasia Pavlyuchenkova, a 6-2, 6-2 winner over fellow Russian Natalia Vikhlyantseva .

On the men’s side, fifth-ranked Kei Nishikori reached the third round with a 6-3, 6-4, 6-3 win over Jeremy Chardy.