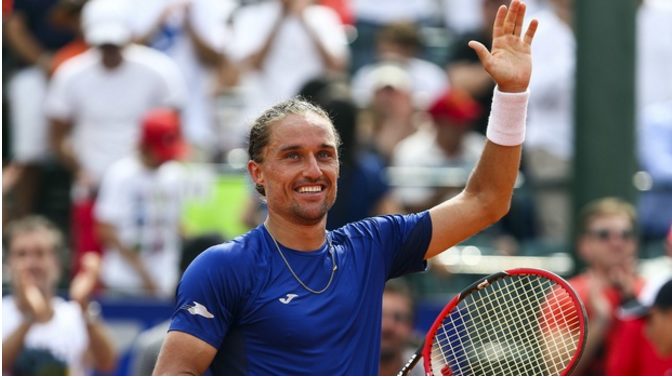 In a Match that had Nshikori  written all over it even before the Finals Kicked off, turned out to something of an upset as the world no 5 fell flat against a Vibrant and Aggressive Dolgopolov.

The Ukrainan had never beaten Nishikori in their Prevous 5 Head to Head Meetings, the win in Doha makes it his 3rd Career title and his first in nearly 5 years.

AP Reports, Dolgopolov won his third ATP singles title and his first in five years. It was also the Ukrainian’s first victory over his Japanese opponent after losing their previous five head-to-head matches.

Nishikori, who is No. 5 in the ATP singles rankings, has won 11 singles titles, but only two on clay.

Nishikori will also be the top-seeded player in next week’s Rio de Janeiro Open, with Dominic Thiem of Austria No. 2. Dolgopolov will be unseeded on clay in Rio.