Home News Crucifixion statue of Kanye West Tagging him as a False Idol... 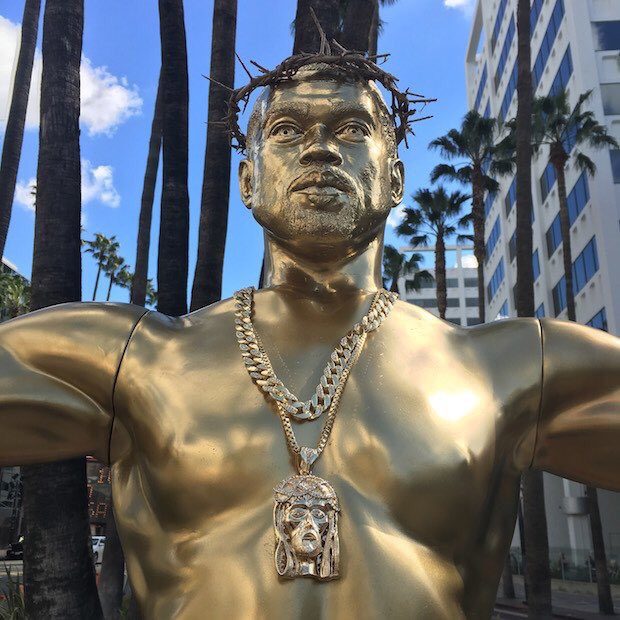 The American Rapper had been overtime critized by the Media by his actions and Choice of word and no better way to Describe his attitude over the Last Decade than Hollywood Boulevard Erecting a golden Statue of him outside Tagging him a Fake Idol.

Mispetite Reports, The gold sculpture,features Kanye with arms outstretched, wearing a crown of thorns, gold chains and a pair of Yeezy sneakers.

A plaque at the base of the statue reads “False Idol.” .The anonymous artist, who goes by Plastic Jesus, said in a statement. 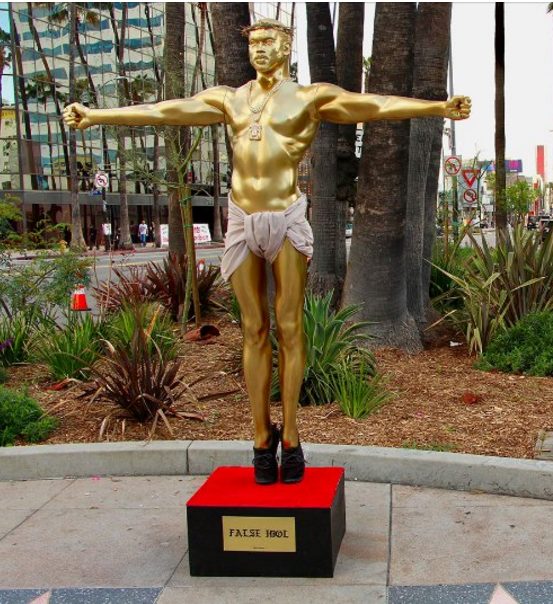 “We have built Kanye West into some kind of god-like idol, I believe he’s a genius when it comes to writing and producing but he’s human. When we build people into idols we have expectations, and if they fail to meet those expectations we crucify them,”

“We saw this last year when Kanye was admitted to a medical facility to get treatment for stress, anxiety and paranoia. We need to take a step back and remember our idols are only human and as such we need to give them space to err.”