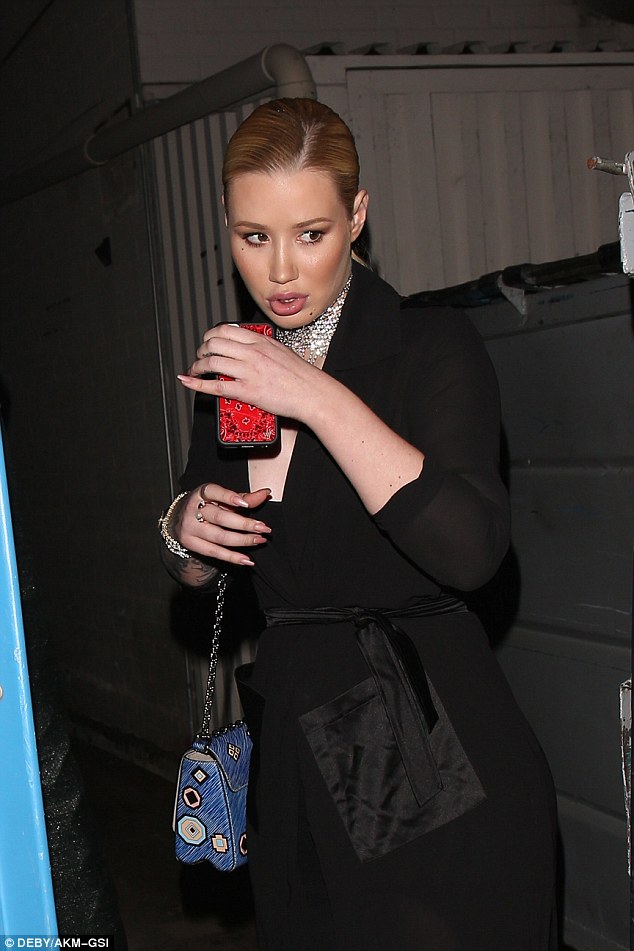 The Australian Born Rapper was caught on Cameras as she stepped out through the back Doors in Beverly Hills with Rumored Boo Ljay Currie.

According to dailymail,The Australian rapper stepped out with the music producer for dinner in Beverly Hills on Monday night, although the pair less than impressed at being seen while trying to sneak out the back.

Walking past garbage bins, 26-year-old Iggy looked out of place as she strolled along in diamond jewels and a designer outfit.
The rapper was dressed up for the dinner date at Madeo Restaurant, an Italian eatery that is famous for its celebrity clientele.

Snapped leaving the venue, Iggy was wearing a black wrap dress that was tied at the waist with a silk sash.
The garment also featured an unusual black square and a thigh-high split that gave a glimpse of the star’s legs. 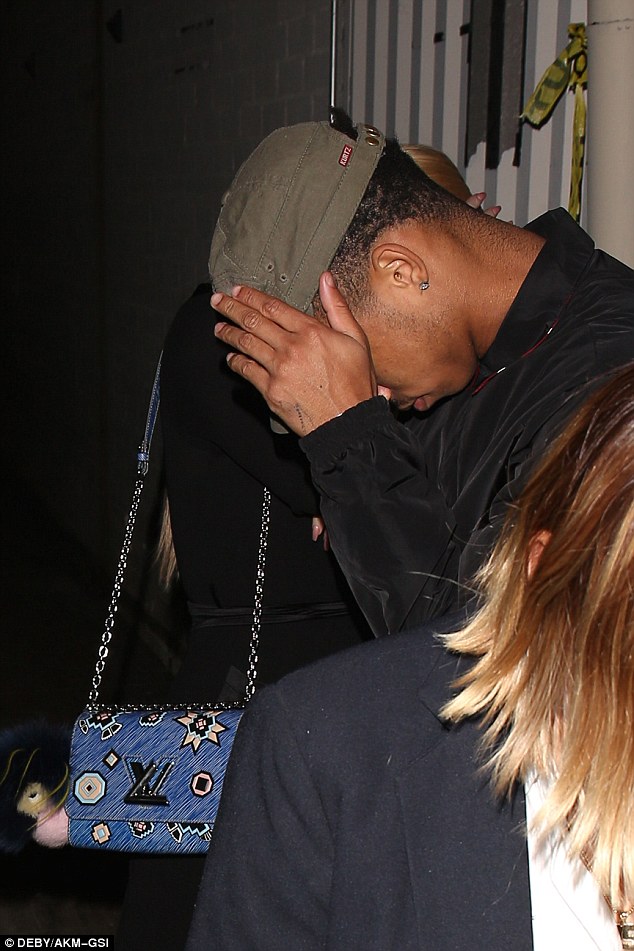 Wearing a pair of olive heels, Iggy lived up to the name of her famous track- ‘Fancy’-as she sported expensive accessories.

Wearing her blonde hair pack in a tight pony tail, Iggy was made up for the occasion, sporting sparkling eye shadow and thick black lashes.
The star’s plump pout was frosted with pink lip gloss for the dinner date.

Despite cutting a glamorous figure, it appeared that Iggy hoped to go incognito for the evening. 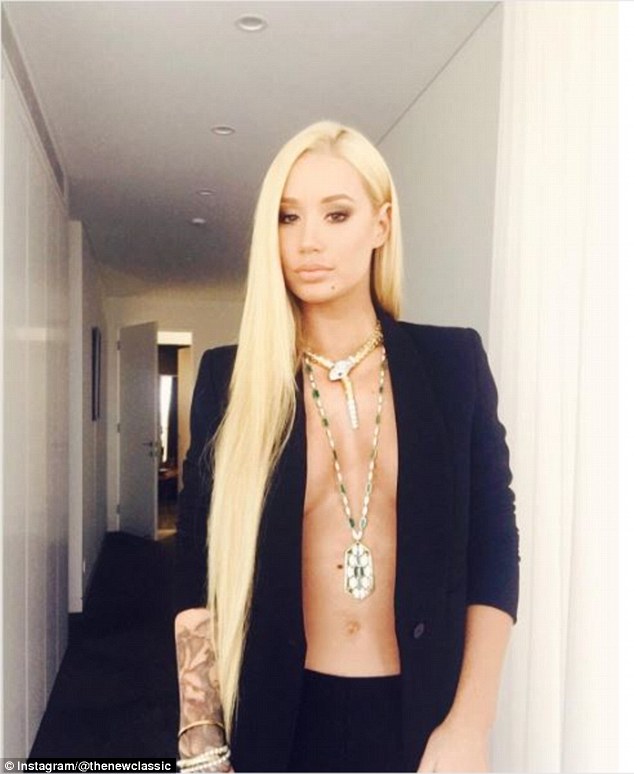 The star clutched her iPhone tightly as she made her way to a car, trying hard not to be snapped with LJay.
Meanwhile, her rumoured beau kept his head down and covered up in an olive green baseball cap.
He sported a much more casual outfit than Iggy, choosing a black Adidas jacket for the outing.

It was a contrast from the very public loved-up display the pair put on during a Mexican holiday last week.
Whilst on board a luxury vessel, the pair were seen sharing an intimate kiss as LJay placed his hand on Iggy’s derriere.
The PDA comes after Iggy was supposedly linked to hip-hop star French Montana, after her public split from LA Lakers star Nick Young in June of last year.