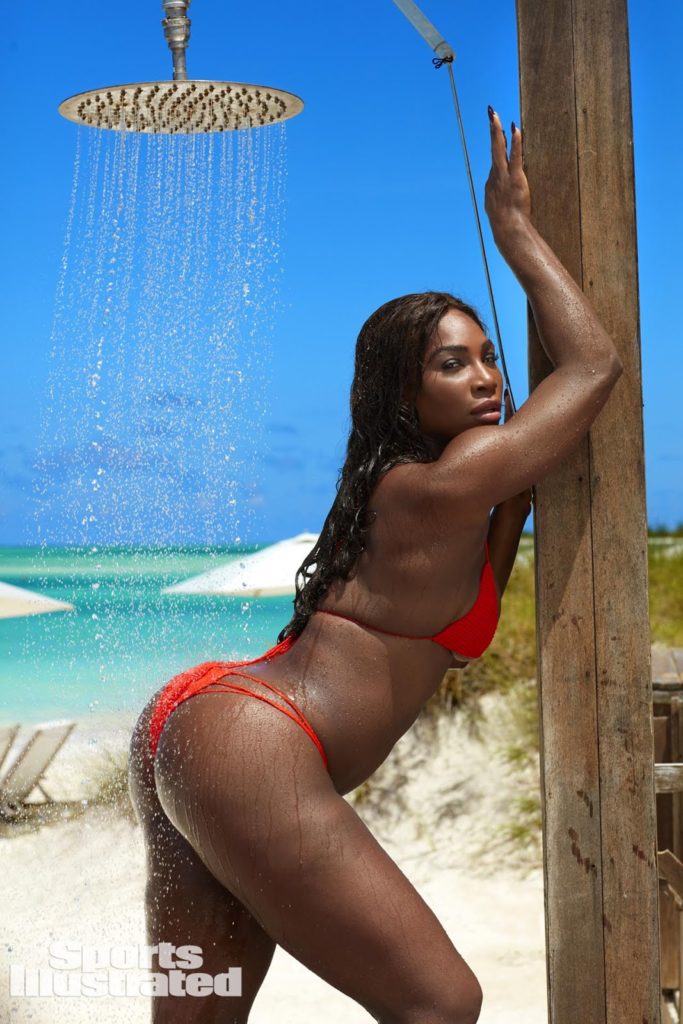 The Tennis Queen Got engaged to her BF Billionaire in December 2016, her 2017 kicked of the best way possible as she won her 7th Australian Open Grand Slam title and a Record 23 Grand Slam and things couldnt get much better as she is living the moment of her life now covering the pages of SI SwimSuit Magazine 2017 Edition.

According to Aol, The 35-year-old athlete gave us serious body goals as she rocked several risky swimsuits in front of a tropical background.

The future Mrs. Ohanian then got bold and went without a top for her other looks. In one photo, she puts her enviable athletic figure on full-display, wearing only a pastel peach string bikini bottom by Onia and a shell necklace. She covers her breasts with one hand.

The tennis legend, who has 23 grand slam titles to her name, also wore a bright red bikini that she donned while posing under a running shower on the beach.

Her future hubby is a lucky man!

This year, the coveted cover went to veteran Kate Upton, marking her third time as an SI covergirl.

A slew of big names, including Hannah Jeter, Chrissy Teigen and Christie Brinkley and her two stunning daughters also appeared in the magazine.