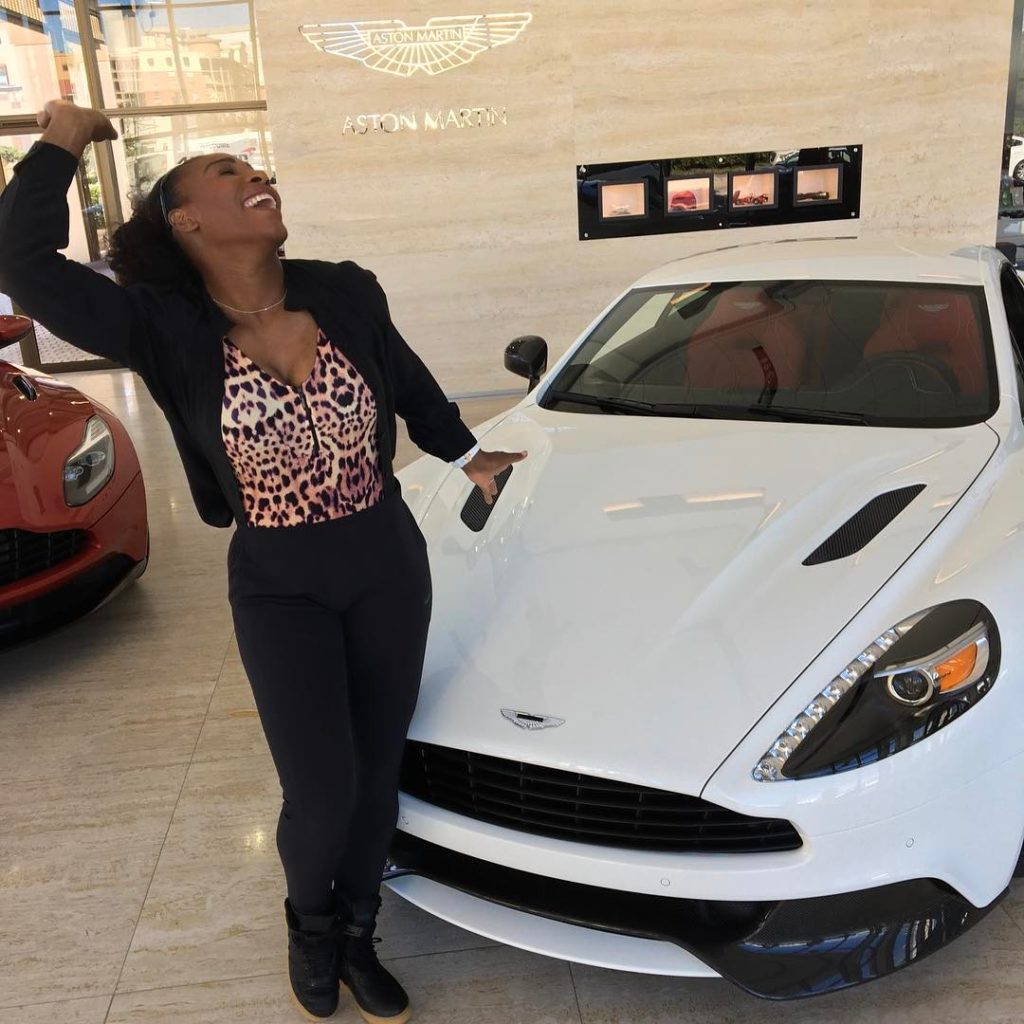 The 35-year-old 23 times Grand Slam Champions was at the office of the american Car Manufacturers some  days ago to sign a new partnership and took to her instagram to share a Photo of her dancing in front of one of the companies new Model @astonmartinlagonda .

Serena Captioned it,  serenawilliamsThat salsa dance you do when @astonmartinlagonda and you meet up and plan amazing things…… #allmine #justforme.

The World No 1 in tennis won the 2017 Australian Open final for a Record 7th time after Defeating her elder Sister Venus Williams 6-4, 6-4 in straight set to claim the Title while also making it her record 23rd career Grand Slam title.

The Win also confirmed she returned to been world no 1 after losing it September last year to German Angelique Kerber.