Home News Tales of Travel Romance: Can People find love while on vacation? 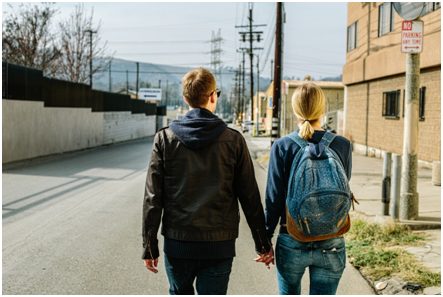 Finding and keeping love in today’s world
is hard enough that you can sometimes wonder if dating abroad truly is all
sunshine and fairy tales as we have been told.

The idea of finding love in a foreign land
has been idealized far too often by both travel bloggers and expats alike but
the brutal truth is that it is hard to start and maintain a long term
relationship when you travel.

A major difficulty associated with
long-term travel is the perpetual singleness that goes with it. You are
never in one place long enough to build a lasting relationship with someone,
when you are always on the move. Just when it’s about to blossom, it’s time for
you or them to go.

While these relationships are
difficult to keep, I’m sure they do happen. Let’s take a look at
some of the things to take into consideration when thinking of a travel
romance:

1.       Romance back home is
different from romance away from home:
Often times, it all seems to play out like
the most picturesque of dreams. You travel to anentirely new destination, lodge
at exotic hotel like Eko
hotel or Transcorp
Hilton Abuja and then you meet a complete stranger who sweeps you off your
feet and you fall hopelessly and passionately in love with them. There is
something enchanting about the bond that connects two souls when they’re both
out of their comfort zones.

All the things that would typically take
months to develop now take mere weeks to establish. However, what we fail to
realize is that the instance this starts, all you have done is create a
benchmark that will prove hard to surpass the second you’re both back in your
respective homelands. While travel love often starts off exhilarating, the
magic of it all rarely lingers on once the grubby hands of reality works its
way back into your everyday lives.

2.       Remember that people tour the
world for themselves:
Always remember that people explore the
world for themselves which is why very few people change their original plans,
even after they meet someone. It’s acrazy big step and it takes gutsto change
the course of your whole trip completely because of a new person. It would be
selfish and unreasonable to expect someone else to change their entire plans
because of you.

3.       More often than not, it ends:
As much as people try to keep it going with
a vacation here and a couple of visits there. In most cases, the initial
euphoria begins to wear off. The daily heart wrenching ache of missing each
other so badly at the beginning eventually gets reduced to shorter, less
affectionate text messages and awkward phone calls.

You may hate to admit it at first, but
you’ll realize that life really does go on no matter how sure you were that it
wouldn’t. Hours will turn into days and weeks into months, then somehow, the distance
will become too much and you will find yourself wondering what it was exactly
that made it all feel like love in the first place.Absence makes the heart grow
fonder for only a certain period of time. After awhile, it forgets.

4.       It probably isn’t love:
Have you ever been in love with the notion
of something much more than the actual reality of it? Travelling to a new place
opens up a multitude of new experiences that could influence your feelings.
When planning a trip, either consciously or not, we often zone in on charming
and romanticized places. Mix that up with breath taking scenery and
architecture, then falling in love becomes almost an effortless endeavour.


Ask
yourself a few questions, are you really in love with him, or are you in love
with the idea of falling in love while travelling? Is he really someone you can
picture spending the rest of your life with, or is he just a very refreshing
breather from the mundane 9-5 you live out back home?

5.       Always look out for
yourself:
While it may be a great mantra to go
wherever the wind leads you and not hold back, it blinds you to the true
intentions of other people. Take everything in with a pinch of salt and protect
yourself from getting too serious too soon. You may automatically think you met
the man-of-your-dreams at a club or a crazy all-nighter beach party but don’t
get too emotionally invested in what is not even there. Remember that while you
may be sitting there gazing lovingly into his eyes with the names of your kids all
picked out, he may have sized you up as nothing more than a travel fling.

I’mnot saying love cannot be found during a
trip but for the sake of most young starry-eyed girls who travel with the
purpose of finding their own fairy tale, this should serve as a gentle reminder
to caution their idealistic minds.
I’m a firm believer that if things are
meant to be, they will work out. If you meet someone and it’s meant to be, it
will work. Maybe not right now, but in the future because if you both feel the
same way, you will make it work. You’ll find a compromise.