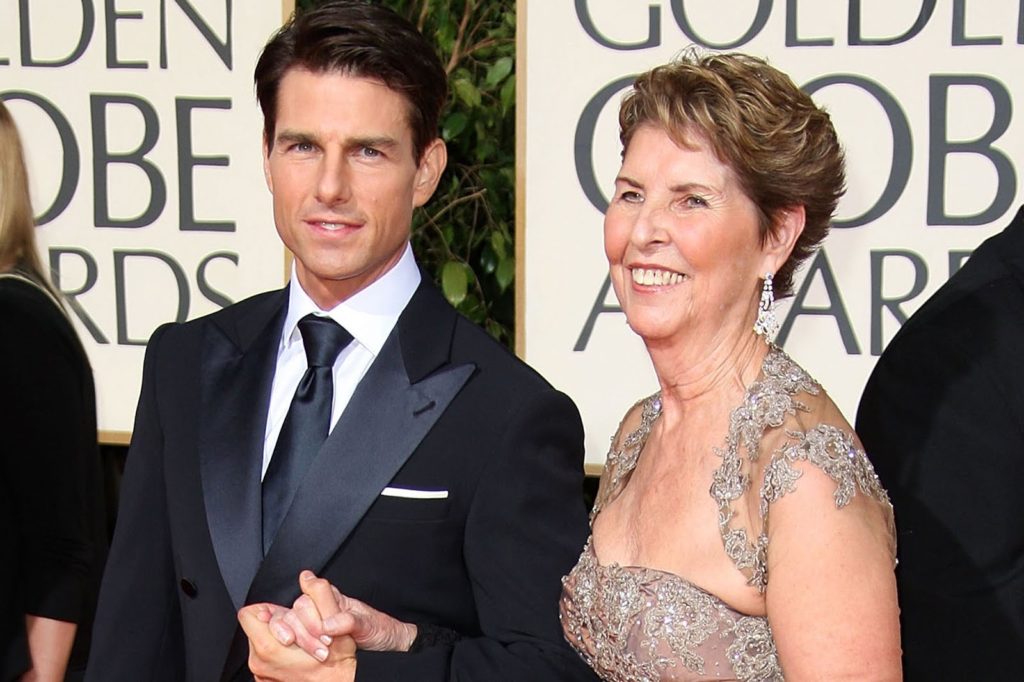 The Jack reacher Actor on a sad note just lost his mum,Mary Lee South,80 whom passed away in her sleep last week after months of been sick.

According to ET, South died peacefully in her sleep last week, after coping with health issues in recent years, Cruise’s rep confirms to ET. She was given a memorial service at an undisclosed Church of Scientology this weekend.

The 54-year-old actor and his three sisters — Lee Ann Devette, Marian Henry and Cass Mapother — were all in attendance at the memorial, People reports.

ET talked to Cruise at the Jack Reacher premiere in October, when he talked about his mother’s unwavering belief in him. “I know that she is just obviously very proud, and kind of I guess, just amazed, you know, because you talk about something, you dream about something, and she knows I used to work jobs so I could make money and I could go to the movies,” he recalled. “I would make movies one day, and for it to happen, and on the level that it is happening … I know she just is really proud.”

South was a special education teacher, and is credited with inspiring Cruise’s acting career. “I was always interested in theater, but I never did anything with it,” she said in a 1986 interview with Rolling Stone about her own love of acting.

She and her second husband later supported Cruise when he decided to pursue acting full time.

“We both wholeheartedly agreed, because we both felt it was a God-given talent, and he should explore it because he was so enthused about it,” she recalled to the magazine. “So to make a long story short, we gave him our blessing – and the rest is history.”

ET last spoke to Cruise in December, when he talked about working with Russell Crowe for the first time in The Mummy.