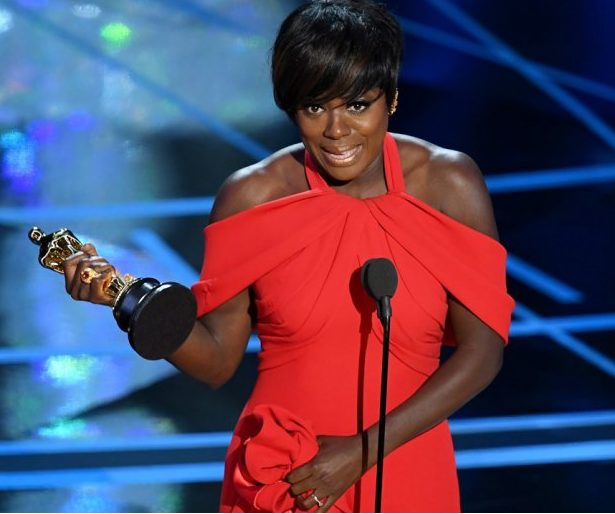 The ‘How to Get Way with Murder’ star actress made History last Night at the Oscar as she became the Second Black Woman to Win an oscar Awards at the Dolby Theatre in Hollywood, California.

Not just that, she also joined the Elites of Actresses and Actors in the EGOT acting clubs in the world.

Viola Davis won an Oscar for her work in the 2016 film “Fences,” Davis becomes the 23rd person to complete the so-called triple crown of acting, a term used to describe actors and actresses who have won at least one acting award at the Oscars, the Emmys and the Tonys.

She is the first black woman to do so. Whoppie Goldberg also has three ,but her Tony was for producing Broadway musical ”Thoroughly Modern Millie’ not acting.

Adedokun Moses - November 30, 2020 0
Reality star and brand influencer Khafi Kareem has hit out at some fans on social media, claiming she's pregnant for her boyfriend, Gedoni. Khafi has...

Adedokun Moses - November 10, 2019 0
Controversial Nigeria singer, Naira Marley has make a shocking statement about the Government as he noted that they want to deport him from London. Naira...

Johnson Olumide - July 24, 2021 0
What could have been another Black Friday in Nigeria was averted by a miracle, as Many passengers, including some highly placed Nigerians, narrowly escaped...

Emotional moment shy girl, 13, wows the judges with her performance on America’s Got...

Violette - July 2, 2019 0
A very shy British schoolgirl came on America's Got Talent stage looking like she couldn't sing to save her life, but when she opened...

#OAUvsUNILAG: OAU and UNILAG shades each other on Twitter (Screenshots)

Johnson Olumide - October 20, 2018 0
Currently there is a battle of supremacy on micro-blogging sites, Twitter, between two of the greatest schools in Nigeria, Obafemi Awolowo University (OAU) and...