Home News Ashley Graham gets Flirtatious as she uses bagels as bra and puts... 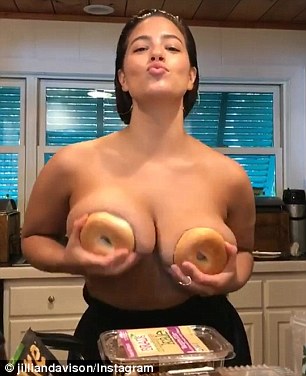 The Plus size supermodel will leave jaw droping at her Ample Assets any time of the day,the 29-year-old model showed of some flesh on her Ig in a Video ad sayig she loves Bread and was Filmed covering her Modesty with Bagles.

According to Mirror.co.uk, Ashley Graham has proven she’s not shy and really, really loves bread after posing topless with only two bagels to protect her modesty.

The rather bizarre video showing Ashley pouting and jiggling her bread covered assets was posted to Instagram by Glamour US fashion director Jillian Davison.

Ashley is standing in a kitchen surrounded by various carbs including doughnuts and crackers. 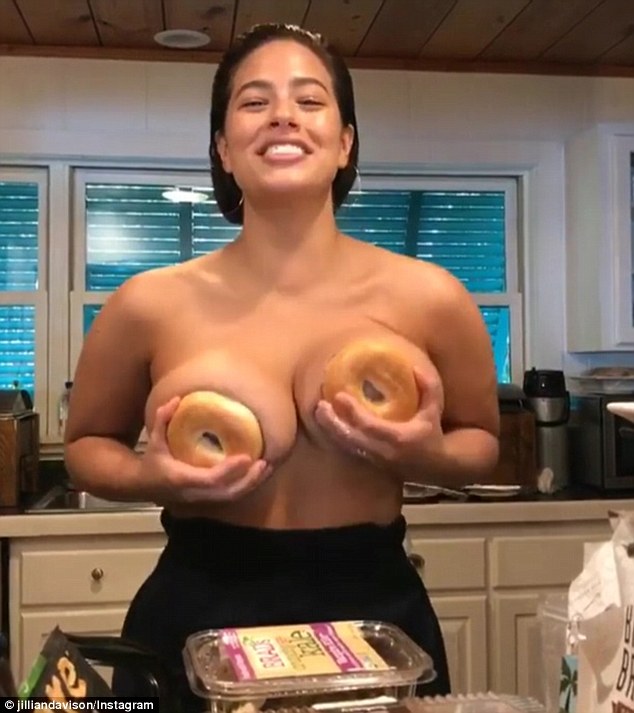 Ashley spoke to ET Online last year about her diet, saying she eats healthily but allows herself a cheat day and treats every so often.

“I still have my moments where I will pig out, but I always balance it out with a really hard work out, or the next day – I really, I don’t beat myself up over it – so I’ll eat healthy the next day,” she said.

“It’s one of those things where my relationship with food is my own journey, like every other woman that I know, and it’s a matter of just mapping it out for myself, and not being discouraged.”