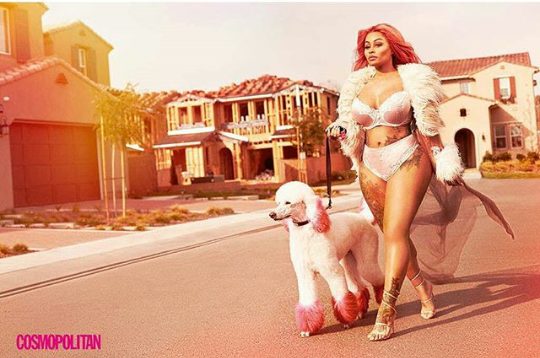 The 28-year-old Video vixen was on the cover of Cosmopolitan april edition and she talked about her relationship with Rob her Ex finacee, she said they are currently in therapy and are fighting hard to keep their relationship.

Blac Chyna whose real name is Angela Renée White has previousy dated American Rapper Tyga with whom she had a son King Cairo Stevenson.

Presently, she is in Battle with the Kardashain Empire for Custody of her daughter Baby Dream.

“I feel like every person who’s in a long-term relationship, or who is committed to their person, goes through ups and downs. Everything isn’t always going to be peaches and cream. If it is, then it’s fake. I’m in it for the long haul, so I feel like my advice [for anyone in a similar situation] is therapy, know each other’s family, calling each other’s moms.
READ ALSO
He Keeps His Cars & Houses, She Gets the Dogs-Amber Heard and Johnny Depp's Divorce Finalized

“I feel like everything isn’t going to be perfect, but I know we love each other and we’re fighting for each other, and the people we surround ourselves with are rooting for us. It makes everything much easier.”

And the pair have an extra reason to make their relationship work; their baby daughter Dream. 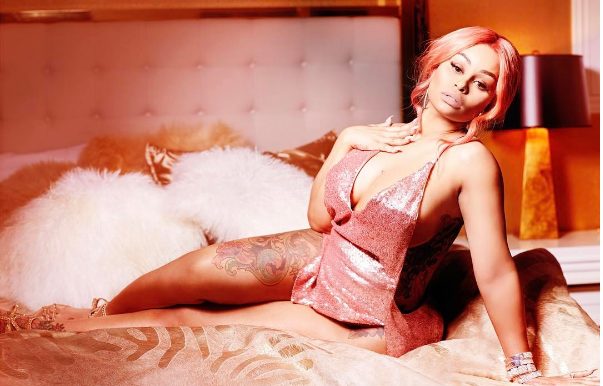 Chyna explained:“And we also have Dream. So we’re looking at the bigger picture. We have a whole other human being that looks up to us, so we have to makes sure she’s taken care of.He’s a wonderful dad. I think it’s because he had such a great father.”

However, Chyna, 28, admitted her relationship with Rob, 30, came as a shock as they had been friends for such a long time.
She said: “It was a shock. I guess when you get to know somebody and you’re around them, you see things in them – and you want to be more than just friends. I think that’s what ended up happening.”
READ ALSO
You are robbing people in broad daylight with your business - Osaze Odemwingie blast Peter Okoye

Adedokun Moses - January 7, 2021 0
As fans and lovers of the Big Brother Naija reality show await the arrival of Kiddwaya back to the arms of Erica, a new...

Johnson Olumide - February 18, 2020 0
'The Love Don't Cost A Thing' actress and former Girlfriend of U.S Lil Wayne has a thing for raunchiness as its either she wearing...

Johnson Olumide - February 17, 2020 0
The British-born Actress,Criminology Graduate and MTV Base Tv Series Shuga Star Actress Turned a Year Holder Yesterday and she was full of life as...

Adedokun Moses - May 25, 2021 0
One of the billionaire co-founders of TikTok is stepping down as CEO of ByteDance, the Chinese company that owns TikTok. Zhang Yiming, 38, said Thursday,...

Meet Susan Bennett, The Woman Behind The ‘voice Of Siri’ on iPhone

Johnson Olumide - March 12, 2019 0
Apple is a very secretive company as we already know but most iPhone users know what Siri is and may have used it already....